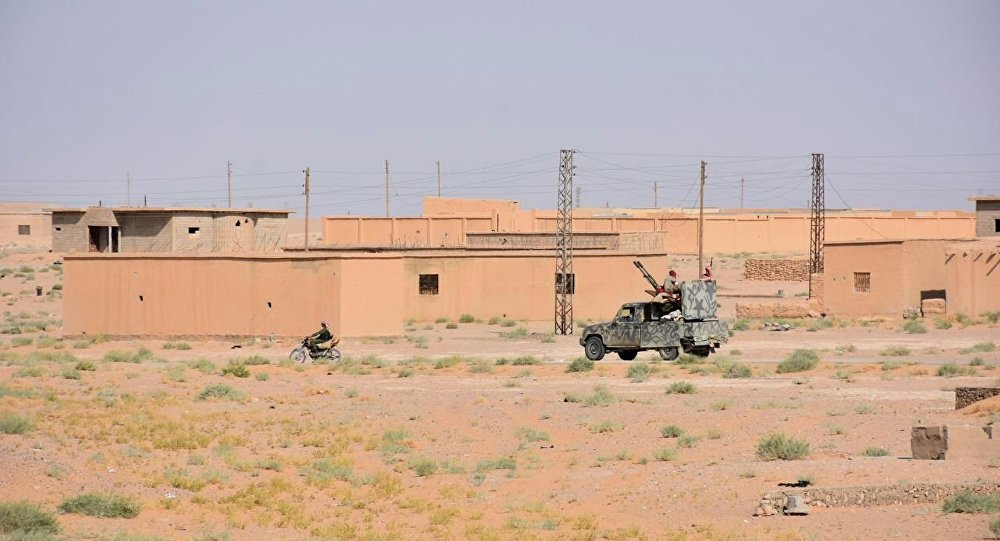 The Deir ez-Zor victory of the Syrian army has been praised as a "strategic turning point" in the fight against Daesh terrorists.

GENEVA (Sputnik) – The International Syria Support Group task forces believe that the lifting of the Deir ez-Zor blockade has become a strategic turning point in the war against Daesh terrorist group (ISIS, banned in Russia), and creates the conditions for stabilization of the situation in the country, a diplomatic source told Sputnik.

“The ISSG task forces believe that de-blocking of Deir ez-Zor is a strategic turning point in the war against Daesh and creates the conditions for drastic stabilization of the situation in Syria,” the source said.

© Sputnik / Mikhail Voskresenskiy
US Aircraft Evacuates Over 20 Daesh Commanders From Deir ez-Zor - Source
The Syrian government forces assisted by Russia managed to finally break the three-year Daesh siege of the city of Deir ez-Zor on Tuesday, with food and ammunition only being delivered to the city by air, while helicopters from the city of Qamishli had been evacuating the wounded and delivering essential supplies to the city's population.