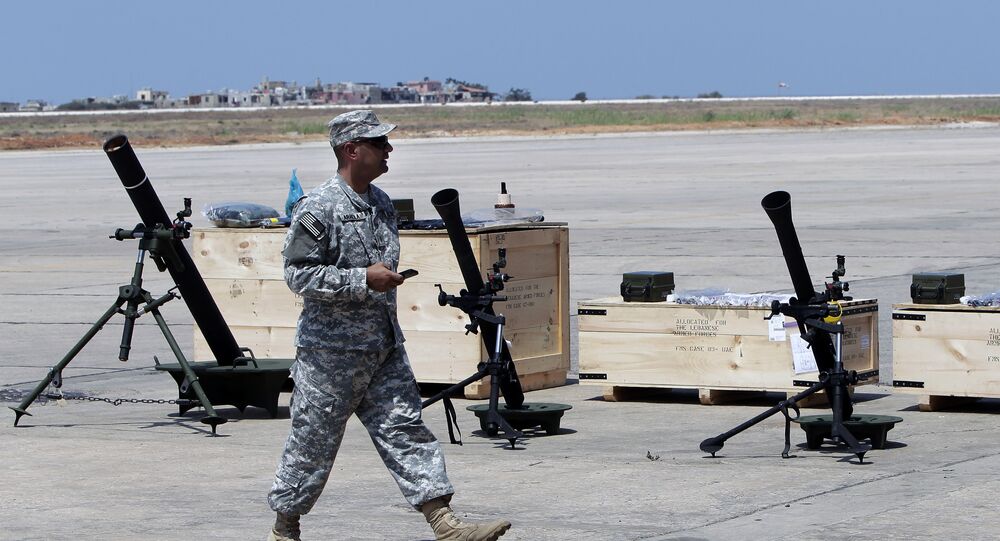 The US-led coalition strikes 85 Daesh fighters and 40 terrorists' vehicles on the Iraq-Syria border.

WASHINGTON (Sputnik) — The US-led coalition fighting Daesh (outlawed in numerous countries) has carried out strikes against approximately 85 Daesh fighters and 40 vehicles near a convoy stranded on the Syrian side of the Iraq-Syria border, Joint Task Force Operation Inherent Resolve’s press office told Sputnik on Wednesday.

"In accordance with the law of armed conflict, over the course of the last week, the Coalition has struck approximately 85 ISIS fighters and about 40 ISIS vehicles in the vicinity of the convoy, to include a tank, an artillery system, armed technical vehicles, and transport vehicles seeking to facilitate the movement of ISIS fighters to the border area of our Iraqi partners," the press office stated.

In Iraq, the coalition carried out five strikes near four cities, including Rawah and Qaim, which destroyed Daesh-held buildings, Daesh headquarters, a staging area and engaged an IS tactical unit.

The release also noted that 13 strikes consisting of 20 engagements were carried out in Syria on September 2-4 which closed in the past 24 hours. All of the strikes hit targets near Raqqa, engaging tactical units and destroying fighting positions.

Earlier in the week, Joint Task Force Operation Inherent Resolve said that Daesh fighters and their families are spending the seventh day in the Syrian desert east of As Sukhnah. The coalition and Iraqi forces were not part of the agreement between Hezbollah and the Syrian government to allow the fighters to travel to the Syria-Iraq border.

The coalition has allowed food and water deliveries to reach the convoy but will take action against Daesh wherever possible without harming noncombatants, the release added.