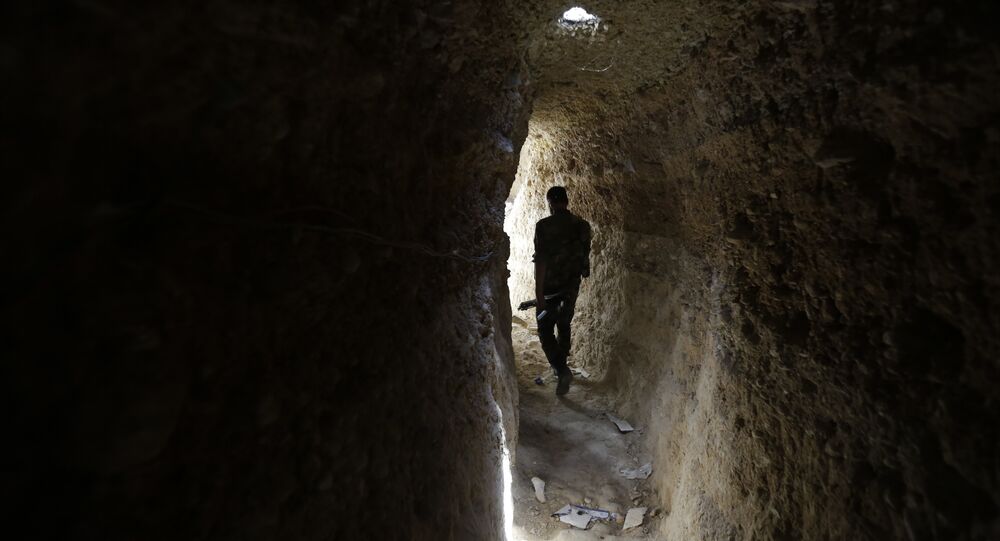 "Thanks to the results of a massive strike by Russian aviation and cruise missiles, Syrian government troops' units […] swiftly attacked the defense of Daesh terrorists and deblocked the city of Deir ez Zor."

The Russian military revealed that Daesh terrorists used so-called 'jihadmobiles' armored vehicles with explosives to stop the advance of the Syrian government troops in Deir-ez-Zor; some 50 vehicles were destroyed.

© AFP 2021 / THAER AL-AJLANI
Assad Congratulates Deir Ez-Zor Defenders on Victory Over Daesh
Daesh's defeat near Deir ez-Zor will be a strategic loss to the terrorists in Syria, the Russian Ministry of Defense said.

"The major defeat over Daesh in the Deir ez-Zor region and de-blocking of the city will become a strategic defeat of the international terrorist group in Syria."

Earlier in the day, the Syrian army assisted by Russia managed to finally break the three-year Daesh siege of the city of Deir ez-Zor, with food and ammunition only being delivered to the city by air, while helicopters from the city of Qamishli had been evacuating the wounded and delivering essential supplies to the city's population. Syrian President Bashar Assad praised the victory.