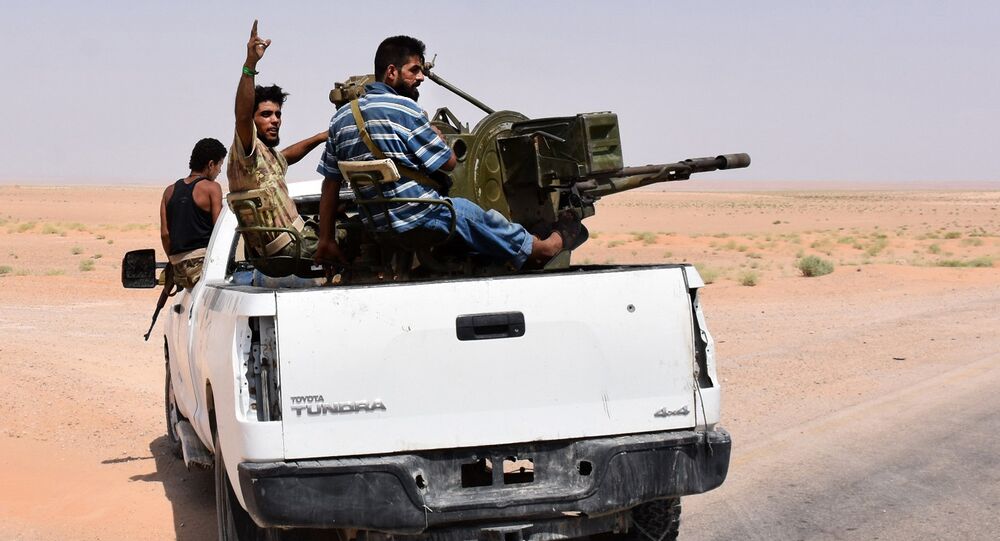 The Syrian army has finally broken Daesh (ISIS banned in Russia) terrorist group's siege of the city of Deir ez-Zor.

Syrian state news agency SANA reported that the three-year siege of the city of Deir ez-Zor has been broken due to the Syrian government forces' operation.

A military source told Sputnik Arabic that the Syrian army with the support of the Russian aviation broke the siege around Deir ez-Zor with the first government tank passing through terrorists' defense lines after terrorist positions had been shelled.

According to the source, the decision to take control of the city was made today. At present, a Syrian flag has been hoisted over the city.

© AFP 2021 / George OURFALIAN
Syrian Army Prepares to Attack Daesh Positions 5 Km West of Deir ez-Zor - Source
Deir ez-Zor, located on the shores of the Euphrates River to the northeast of Damascus, and a military airfield near the city have been besieged by Daesh for over three years, with food and ammunition only being delivered by air, while helicopters from the city of Qamishli have been evacuating the wounded and delivering essential supplies to the city's population.