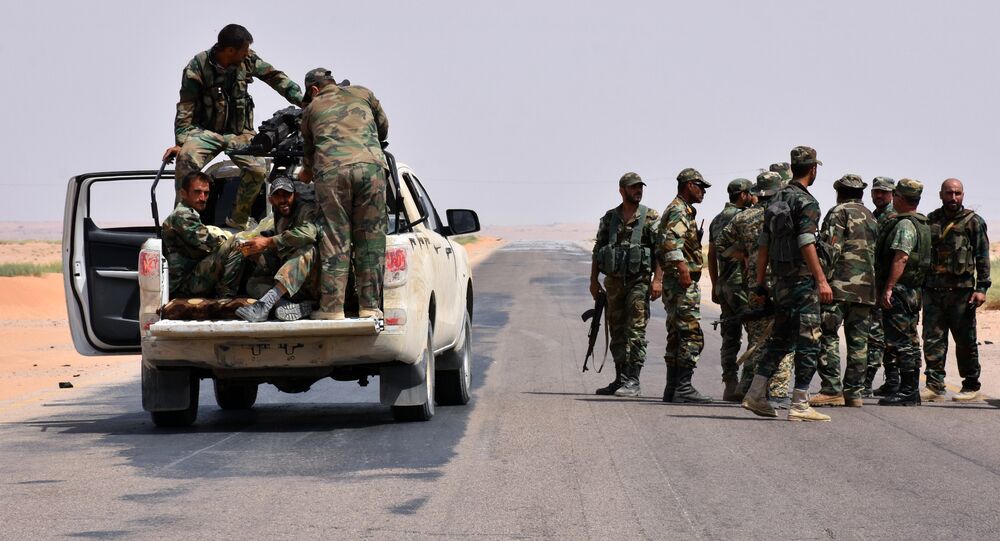 As the Syrian army has further advanced toward the city of Deir ez-Zor besieged for years by Daesh terrorists, a source revealed to Sputnik details of the ongoing operation to liberate the area.

"The Syrian army and its allies have taken over an asphalt plant in the western suburbs of Deir ez-Zor, and are now preparing to liberate the barracks of the 137th brigade five kilometers west of the city," the source said.

Earlier in the day, another source told Sputnik that the Syrian army was engaged in an offensive on Deir ez-Zor in two directions, west and south-west. Local media report that the forward units of the Syrian forces are involved in a fight with Daesh militants less than two miles from the city.

UN Expects Syria's Deir ez-Zor, Raqqa to Be Liberated From Daesh in October