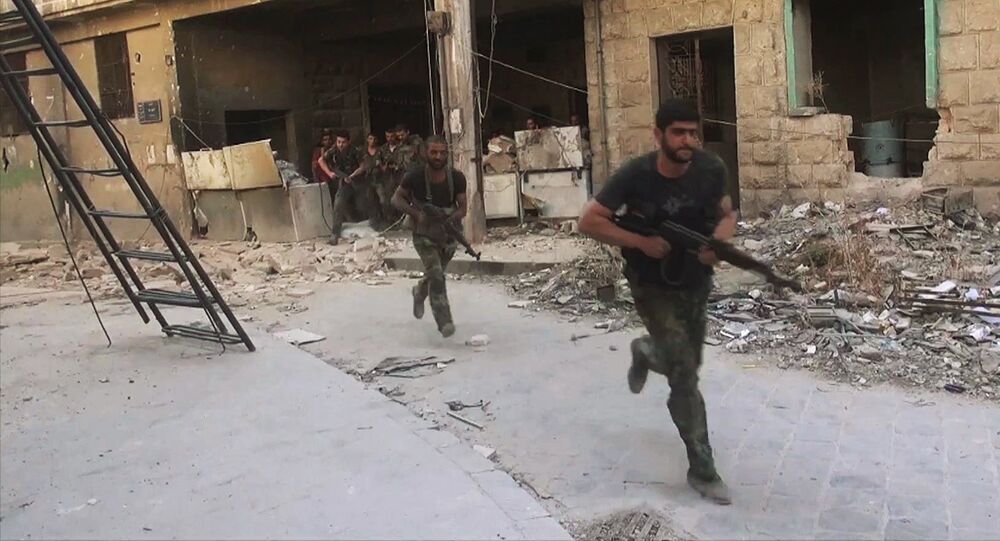 The Syrian Arab Army backed by the Russian Air Forces has liberated the Uqayribat settlement east of Hama province, the Russian Defense Ministry stated on Saturday. By liberating this settlement the government forces destroyed the last major area where terrorists are putting up resistance in central Syria.

The Syrian armed forces and popular units backed by the Russian aerospace forces have liberated the strategically important city of Uqayribat in Hama province from Daesh terrorists.

"The units of the fourth armored division of the Syrian government forces supported by the units of the fifth attack troop corps of volunteers and military [intelligence service] Mukhabarat have liberated the town of Uqayribat. The offensive aimed at destroying the major Daesh group in the eastern part of Hama province in the region of the strategically important settlement of Uqayribat has been carried out with the support from the Russian Aerospace Forces," the statement of the Russia Defense Ministry said.

"The last major center of resistance of terrorists in the central part of Syria has been destroyed. For now, units of the Syrian armed forces are cleaning out the suburbs of Uqayribat," the statement said.

© Sputnik / Morad Saeed
Syrian Army Poised to Kick Daesh Out of Hama (VIDEO)
On August 25, the Russian Armed Forces' group commander in Syria Col. Gen. Sergei Surovikin said that the joint Russian-Syrian campaign to oust terrorists from Uqayribat was nearly complete, adding that the town's liberation would allow the Syrian government forces to set up a continuous safe zone west of the Salamiya-Khanasir highway and establish control over oil fields north of Palmyra.

"Due to the effective actions of the Russian Aerospace Forces, the Syrian government troops continue to encircle Daesh terrorist group near Uqayribat town in Hama province," the statement read.

The statement added that the Russian aircraft Su-34 and Su-35 had been destroying newly discovered targets of Daesh terrorists in a few minutes.

The civil war between the Syrian government forces and various opposition and terror groups has been raging since 2011. Russia has been supporting the forces of Syria's President Bashar Assad in their fight against terrorism. Also, Russia, alongside Turkey and Iran, is a guarantor of the Syrian ceasefire regime.