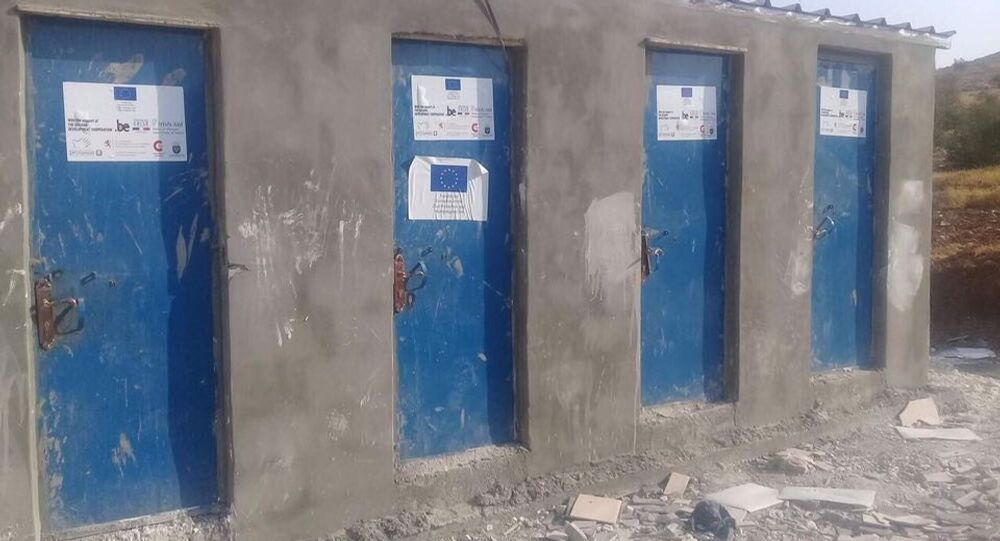 Mogherini on Israeli Seizure of West Bank Schools: EU Has to Support Palestine

The EU sees it as its duty to provide economic and social support for the Palestinians, a representative of EU High Representative for Foreign Affairs Federica Mogherini's office said, commenting on the situation involving schools in Palestine being confiscated by Israel.

"The EU believes it must economically and socially support the Palestinians living in Zone C and supply them with everything they need to meet their basic human needs, including the right to normal living conditions, family life, private property, education, health and other human rights, as well as their humanitarian needs," the spokesman said.

© REUTERS / Mussa Qawasma
Business as Usual: Brussels Acts Calm as Israel Demolishes Palestinian Schools Built on EU Money
According to the spokesman, the European Union has invested 31,252 euros into the schools. This includes five classrooms in the Jab al Zeb region and 10 solar panels in Abu Nuwar, which were financed by EU member states.

The representative also noted that the EU continues to discuss with Israel the "planning and zoning in Zone C, as well as humanitarian and development activities carried out by the EU in the region."

Earlier, Israeli forces had confiscated five portable buildings that were donated by the EU to Palestinians in the West Bank region and were used by the latter as classrooms for children. Israeli authorities claimed that the confiscations were conducted because the Palestinians lacked proper building permits.

Local residents said that the Israeli forces arrived at night, without allowing the Palestinian side to protest their actions in court.