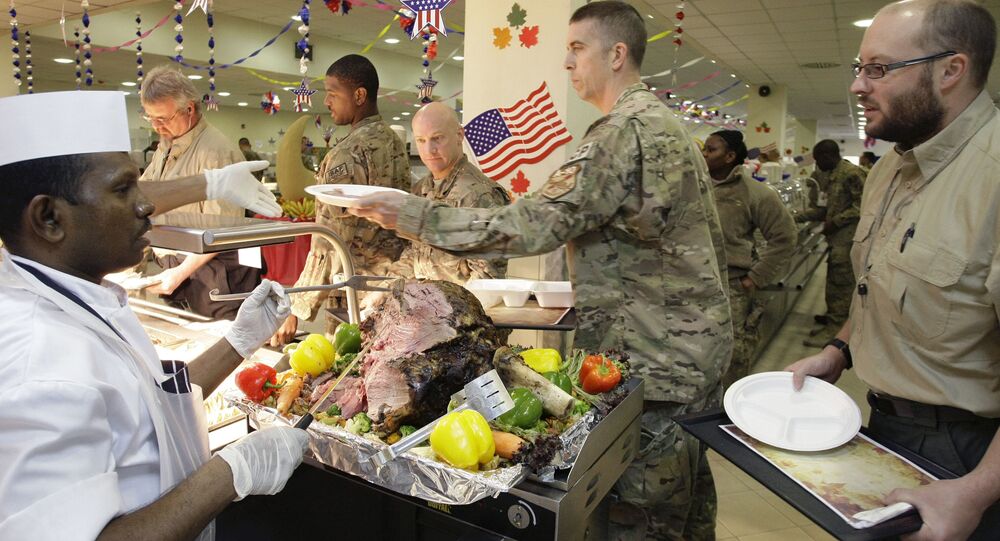 President Trump pledged to increase the US military presence in Afghanistan and "fight to win" in the war-ravaged Asian country. In an interview with Radio Sputnik, Alon Ben-Meir, a New York-based expert on the Middle East, said this wouldn’t really change much at ground level.

“The Taliban occupies nearly one-third or even half of Afghanistan, and the central government has no influence on the situation in those areas. Moreover, terrorist activity has been escalating in the past few months and there is no reason to assume that this situation will change any time soon,” Dr. Ben-Meir said.

He added that fighting terrorists, plotting to attack America and its allies is one thing, but it does not mean that the US should maintain a heavy military presence in Afghanistan.

© AP Photo / Rahmat Gul
US Commander Says Buildup in Afghanistan Already Underway, Urges Enemies to Quit
“The 4,000 US troops President Trump plans to send there are not going to change the overall picture at all. At the height of the US involvement in Afghanistan, we had 140,000 American and allied troops in that country, but we haven’t seen any significant changes, and the additional 4,000 troops are not going to make the situation there any better.”

Alon Ben-Meir also said that while President Trump’s new strategy of not being engaged in nation building is generally correct, the US should withdraw from Afghanistan leaving behind a limited military contingent there to deal with terrorists, and provide financial support to the Afghan government.

“The US has to change strategy on Afghanistan and think in entirely different terms,” he added.

He also mentioned Pakistan’s role in harboring terrorists who cross the border into Afghanistan to attack government forces and then retreat back into Pakistan where the US can’t attack them.

This means, he added, that Pakistan is not really interested in any peace deal between the Taliban and Kabul.

© REUTERS / Mohammad Ismail
Afghanistan Wants Russia, Not US to Help Restore Peace in Country - Ambassador
“The US will have to put significant pressure on Pakistan to stop providing sanctuary to the Taliban. Aside from Pakistan, there are other elements engaged in Afghanistan. Iran is a destabilizing factor and also India, which has a great deal of interest in what is going on in Afghanistan. There are other players, including Russia,” Dr. Ben-Meir noted.

When asked what resolution he saw to the 16-year-old conflict in Afghanistan, Dr. Ben-Meir said that there is no military solution to this longstanding conflict, and if the US realizes this, it would be able to seek negotiated solutions with moderate Taliban forces.

Such agreements will heavily depend on the local tribes’ support for such negotiations.

“The Afghan tribes are ready to fight for their country to end this outrageous foreign intervention. I think the US should deal with and provide financial support to these tribes to the tune of perhaps some $500 million, which is a trickle compared to what the US is now spending in Afghanistan,” Dr. Ben-Meir emphasized.

President Donald Trump outlined his new strategy in Afghanistan in his address to the nation on Monday.

He vowed to increase the US military presence in Afghanistan, contrary to his initial campaign promises. He also pledged that US forces will stay and "fight to win," arguing that withdrawal of troops from the war-torn country would create a vacuum for terrorists to fill.

He also accused Pakistan of providing sanctuary to extremists and warned that Washington would not turn a blind eye to the problem.

The United States has been engaged in Afghanistan since 2001 following the 9/11 terrorist attacks making it America’s lengthiest war. The conflict has claimed lives of tens of thousands of people.