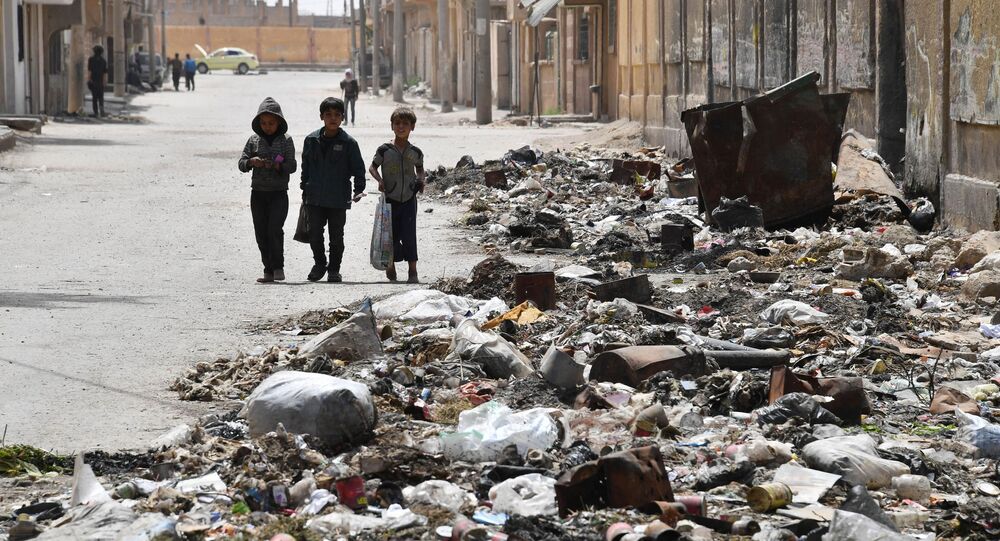 The civil war in Syria is 'de-facto over'. This is what Russian Defense Minister Sergei Shoigu said during a meeting with his Lebanese counterpart at the ongoing ARMY-2017 forum in Kubinka on Wednesday. Israel Shamir, a Russian-Israeli journalist and Middle East expert however told Sputnik Radio that some powers might not agree with this statement.

The implementation of de-escalation zones in Syria and the separation of terrorists from the opposition have allowed the fight against terrorism to intensify, effectively ending the civil war in the country, Russian Defense Minister Sergei Shoigu said during the meeting with his Lebanese counterpart, Yaacoub Sarraf.

The Russian Defense Minister, however, stressed that the movement of terrorists from one country to another "cannot continue indefinitely."

"I would like our Western partners… finally to separate the moderate opposition from terrorists and stop rendering assistance across the board," Shoigu said.

Sputnik Radio discussed this statement with Israel Shamir, a Russian-Israeli journalist and Middle East expert, who said that the Russian Defense Minister could be a "little bit overoptimistic."

"There is a danger that some external forces would not agree with the settlement of the Syrian war. Those forces are Saudi Arabia and Israel," Shamir told Sputnik.

Once upon a time, Syria was a powerful state, he went on. However now it is in disarray, therefore Saudi Arabia and Israel are worried that this change on the ground could be to the advantage of Iran.

"That is why there is a possibility that the war, which until now was viewed as a war between proxies would be replaced by direct intervention of Israel and Saudi Arabia," he finally stated.