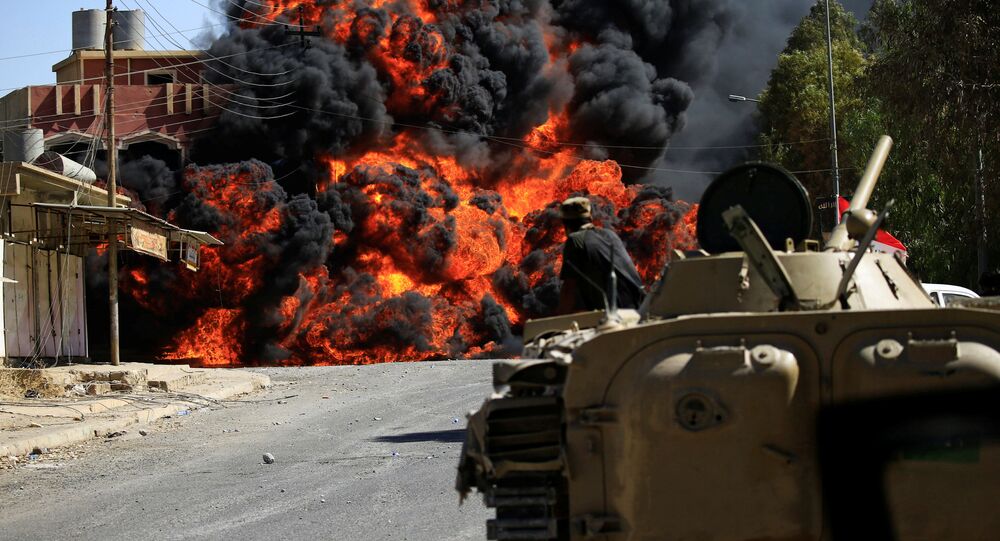 Iraqi Foreign Minister Ibrahim Jaafari stated that Tal Afar's liberation would not put an end to the Daesh threat and called for further efforts in combating the terrorist group.

"Seventy percent of Tal Afar city have been liberated and, if God helps, the remaining part will be liberated soon," Jaafari said at a press conference with his French counterpart Jean-Yves Le Drian and French Defense Minister Florence Parly while aired by the Sky News Arabia broadcaster.

© REUTERS / Stringer
Iraqi Troops Fighting Daesh Militants Near Tal Afar's Citadel - Militia
The minister noted that Tal Afar's liberation would not put an end to the Daesh threat and called for further efforts in combating the terrorist group.

Earlier in the day, the Iraqi army claimed that it had liberated a citadel in Tal Afar's center, according to a statement obtained by Sputnik.

The operation to liberate Tal Afar was announced by Iraqi Prime Minister Haider Abadi on August 20. The city is located 30 miles away from recently liberated Mosul and is the last major stronghold of the Daesh militants on Iraq's border with Syria.