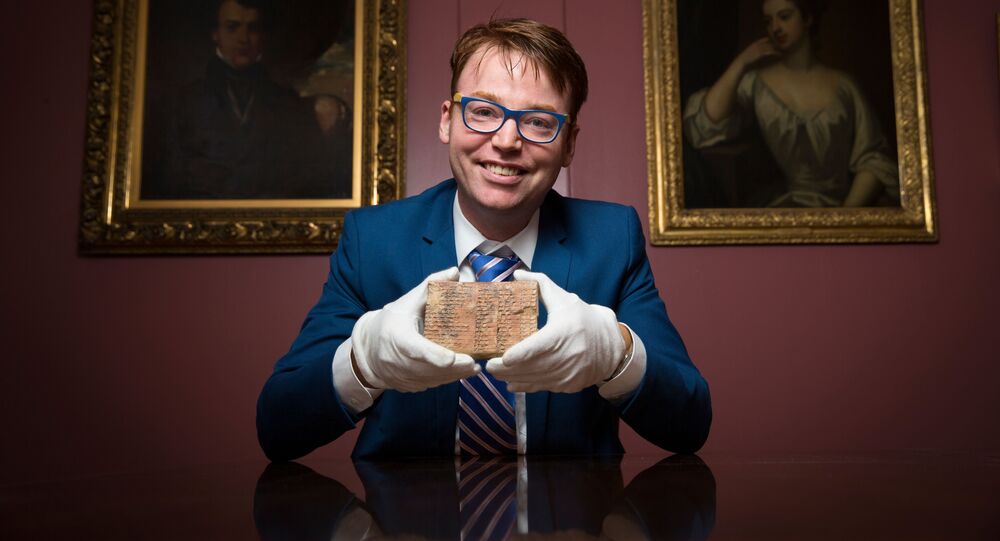 Forget Pythagoras! The Babylonians Knew Their Trigonometry Before the Greeks

Australian scientists say the ancient Babylonians knew about a form of trigonometry far more advanced than the modern-day version. And they figured it out 1,000 years before the Greeks, who have always been assumed to be the ancient world's mathematical geniuses.

Researchers at the University of New South Wales have made their claim after examining a 3,700-year-old clay tablet known at the Plimpton 322.

The tablet contains information written in cuneiform, the language of the Babylonians, who lived in what is nowadays called Iraq in around 2,000 BC.

Several years ago researchers managed to decode it and realized that it was in fact a list of numbers.

Our scientists have solved a 3700 year old mathematical mystery that has eluded mathematicians for over 70 years https://t.co/D40sMCN0uJ pic.twitter.com/jewYkx59LY

But now the Australian team have worked out what those numbers are, and they are an advanced form of trigonometry, used to work out the angles of triangles.

The city of Babylon in Mesopotamia was famed for its ziggurats, or pyramids, and its Hanging Gardens, which was one of the Seven Wonders of the ancient world.

"Our research shows it's a trigonometric table so unfamiliar and advanced that in some respects it's superior to modern trigonometry," said Dr. Mansfield.

"We've discovered these lines represent the ratios for a series of right-angled triangles ranging from almost a square to almost a flat line," he said.

"This makes Plimpton 322 a powerful tool that could have been used for surveying fields or architectural calculations to build palaces, temples or step pyramids," Dr. Mansfield added.

The tablet gets its name because it was in the collection of US publisher George Plimpton and was donated to Columbia University in 1936 shortly before his death.

How he obtained it has never been revealed but in the 19th century and early 20th century there was a healthy black market in the sale of artefacts from ancient sites in the Middle East.

A paper about the research was published in the official journal of the International Commission on the History of Mathematics.