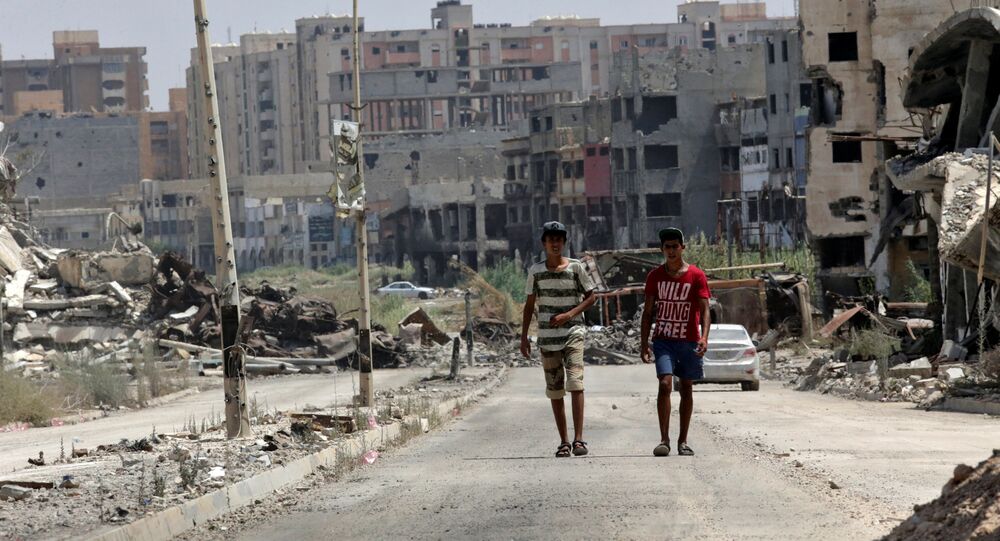 International Committee of the Red Cross stated that humanitarian crisis in the conflict-torn Libya worsens as the nation is struggling to gain access to clean water and sanitation.

MOSCOW (Sputnik) – The humanitarian crisis in the conflict-torn Libya worsens as the nation is struggling to gain access to clean water and sanitation, while hospitals suffer from a shortage of medical supplies, the International Committee of the Red Cross (ICRC) said Thursday.

"The areas of public health, sanitation and clean water are deteriorating, impacting the living conditions of residents in Libya … This has deeply worrying consequences for community health. We hope to see these public resources maintained to ensure society at large remains safe and healthy," Karl Mattli, the ICRC head in Libya, was quoted as saying in the statement.

The hospitals in Libya face shortages of basic medical supplies, such as sterilization item and injection materials, while the number of patients continues to increase, the ICRC said.

"The ICRC has delivered 60 tons of essential medical supplies to more than 30 hospitals and health facilities across Libya this year amid a difficult economic period. The donated items include anesthesia, dressings, drugs, injection material, sterilization items, surgical materials and sutures," the ICRC added.

© REUTERS / Esam Omran Al-Fetori
At Least 14 Servicemen Killed in Clashes With Daesh in Southern Libya
Libya has been in a state of turmoil since 2011, when a civil war broke out in the country and long-standing leader Muammar Gaddafi was overthrown. The country was contested by two rival governments — the internationally-recognized Council of Deputies based in Tobruk and the Tripoli-based General National Congress. In December 2015, the rival governments agreed to create the Government of National Accord (GNA), which started to work in March 2016 and is headed by Prime Minister Fayez Sarraj.

The internal conflict and instability prompted the advance of several militant and terrorist groups, which have established control over different parts of Libya.

According to the UN Refugee Agency, around 300,000 Libyans have been displaced by the conflict, while a total number of affected citizens, who are in an urgent need of humanitarian aid, amounts to 1.3 million.