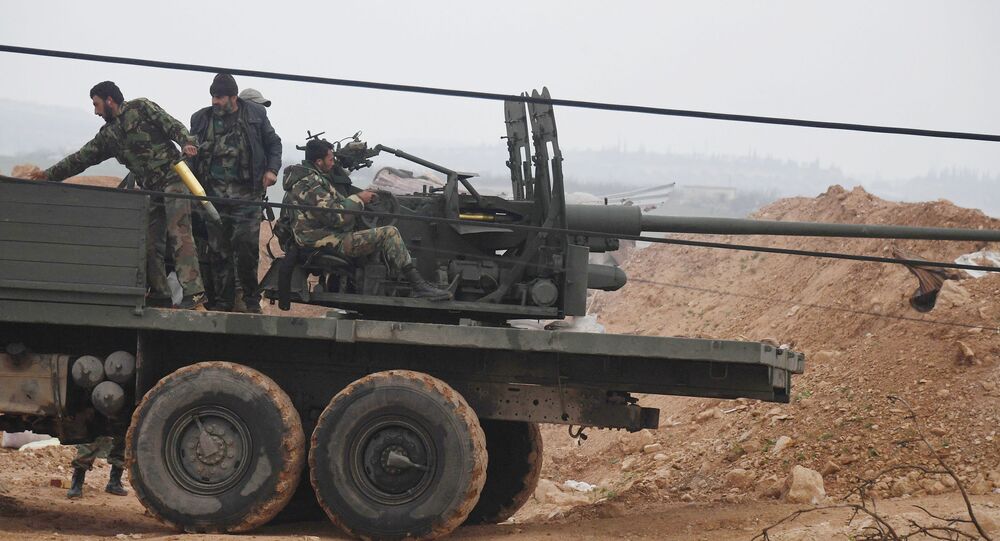 According to a source, Syrian government forces and its allies have surrounded Daesh terror group militants in the northeastern part of the country's Homs province.

BEIRUT (Sputnik) – The Syrian government forces and its allies have surrounded Daesh terror group (banned in Russia) militants in the northeastern part of the country's Homs province, a source close to the Lebanese Hezbollah movement told Sputnik Thursday.

"In reality, the Syrian army and its allies have formed a circle, surrounding the Daesh militants on a vast territory of some 2,000 square kilometers [approximately 772 square miles]," the source said.

The source noted that the Syrian army’s forces met north of the town of As Sukhnah.

© AFP 2021 / Ayham al-Mohammad
Syrian Army Advances on Deir ez-Zor From 3 Directions - Russian MoD
On Monday, the chief of the Main Operational Directorate of the Russian General Staff, Col. Gen. Sergey Rudskoy, said the Syrian army had taken back control over As Sukhnah and continued its Deir-ez Zor offensive.

Hezbollah, a Lebanese Shiite movement, along with the Syrian army, launched an operation to liberate militant-controlled areas along the Syria-Lebanon border on Saturday. The forces have so far taken back over 90 out of 155 square kilometers (34.7 out of 59.8 square miles) from the terrorists. At the same time, the Lebanese army started an offensive to clear the Daesh from the areas on country’s side of the frontier.

Last Hurrah: Daesh in 'Agony' as Syrian Army 'Takes the Lead on the Battlefield'