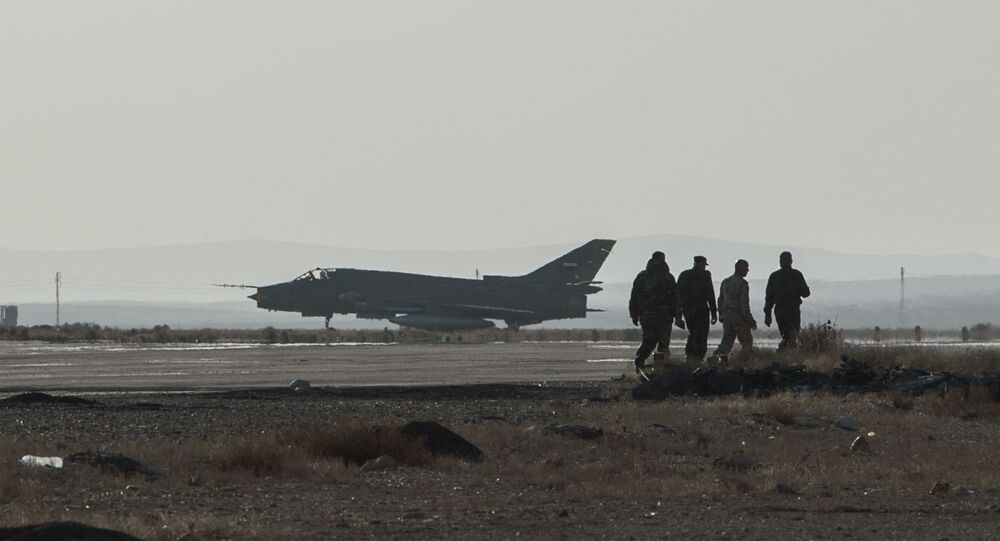 The Syrian Air Force launched strikes on the Daesh positions near the country's border with Lebanon, according to a source in Hezbollah movement.

BEIRUT (Sputnik)- The Syrian Air Force has carried out strikes on Daesh terrorist group (banned in Russia) positions near the country's border with Lebanon, a source in Hezbollah movement told Sputnik Wednesday.

"Syrian aircraft have carried out attacks on the fortified IS positions and places of militant gatherings," the source said, specifying that the targeted positions were located in the western Qalamoun region, bordering with Lebanon.

© AP Photo / Bilal Hussein, File
Lebanese Army Captures Senior Daesh Member During Offensive at Syrian Border
Hezbollah, a Lebanese Shiite movement, along with the Syrian army, launched an operation to liberate militant-controlled areas along the Syria-Lebanon border on Saturday. The forces have so far taken back over 90 out of 155 square kilometers (34.7 out of 59.8 square miles) from the terrorists.

At the same time, the Lebanese army launched an operation aimed at liberating the country’s territories near the border with Syria.