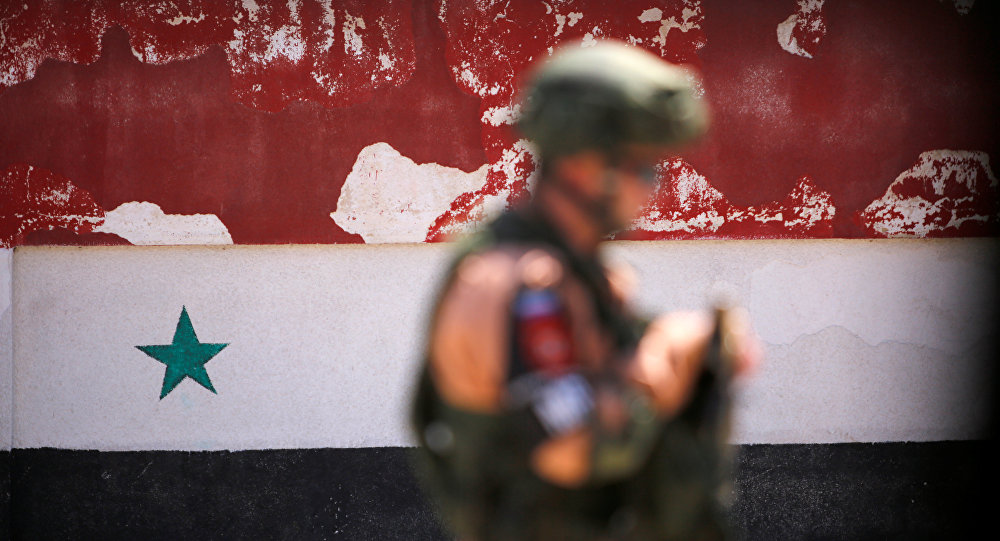 A joint monitoring center of a de-escalation zone in southwestern Syria has opened in the Jordanian capital of Amman, the Russian Defense Ministry said Wednesday.

MOSCOW (Sputnik) — According to the ministry, the center, which is located in the Syrian provinces of Daraa and Quneitra, begins work in accordance with the "Amman Format" agreements reached between Russia, the United States and Jordan.

The center is tasked with ensuring compliance with the local ceasefire, allowing unhindered access to humanitarian supplies, as well as medical and other forms of assistance to civilians in the zone.

The three safe zones, which were established in the area north of Homs, in Eastern Ghouta immediately east of Damascus, and in the country’s south, including parts of Daraa and Quneitra provinces, are already operational.

© AFP 2019 / Fadi al-Halabi
Moscow Hopes Syrian Opposition Will Help Destroy 'Terrorist Hotbed' in Syria
The de-escalation zones have been established for six months with the option of extending them automatically for another six months.

They are aimed at soothing the consequences of the brutal civil war in Syria, during which the government forces have been fighting against both Syrian opposition groups who strive to overthrow President Bashar Assad, and numerous extremist and terrorist groups such as Daesh.

Russia, Turkey and Iran, the guarantor states of Syrian ceasefire, signed a memorandum last May to create zones of de-escalation in Syria.