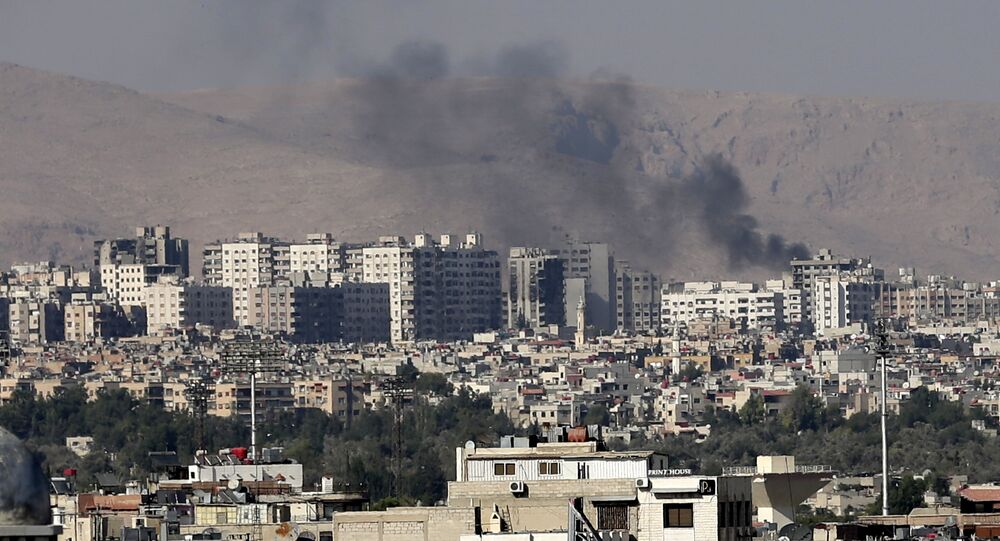 The Russian military said it had registered one violation of the ceasefire regime in Syria during the past 24 hours.

MOSCOW (Sputnik) – Russian representatives in the Russian-Turkish commission on the Syrian truce have registered one violation of the ceasefire regime in Syria during the past 24 hours, while Turkey informed about three cases, Russia's Ministry of Defense said Friday.

"Within last 24 hours, the Russian party of the Russia-Turkey Commission on violations of the Joint Agreement has registered 1 cases of firing in province of Hama. The Turkish party has registered 3 cases of ceasefire violations in the provinces of Damascus (2) and Hama (1)," the ministry said in a daily bulletin.

© Photo : Russian Defense Ministry
Russia Registers 7 Ceasefire Violations in Syria Over Past 24 Hours
According to the Russian Defense Ministry, the largest number of random fire incidents occurred in the areas controlled by the Jabhat Fatah al Sham (formerly known as Nusra Front) and the Daesh terrorist groups, both outlawed in Russia.

Over the 24 hours, the Russian Center for reconciliation of opposing sides carried out two humanitarian operations, delivering a total of 3,5 metric tons of food to two towns in the Syrian provinces of Aleppo and Homs, while Russian doctors provided medical assistance to 336 people. At the same time, the United Nations humanitarian mission airdropped 21 metric tons of food in the besieged city of Deir ez-Zor and sent three humanitarian convoys to conflict-affected areas.

According to the bulletin, four Syrian settlements joined the ceasefire agreement over 24 hours, with the accord now encompassing 2,188 inhabited areas nationwide. The number of armed opposition groups, which agreed to observe the ceasefire regime, remains unchanged and stands at 228.