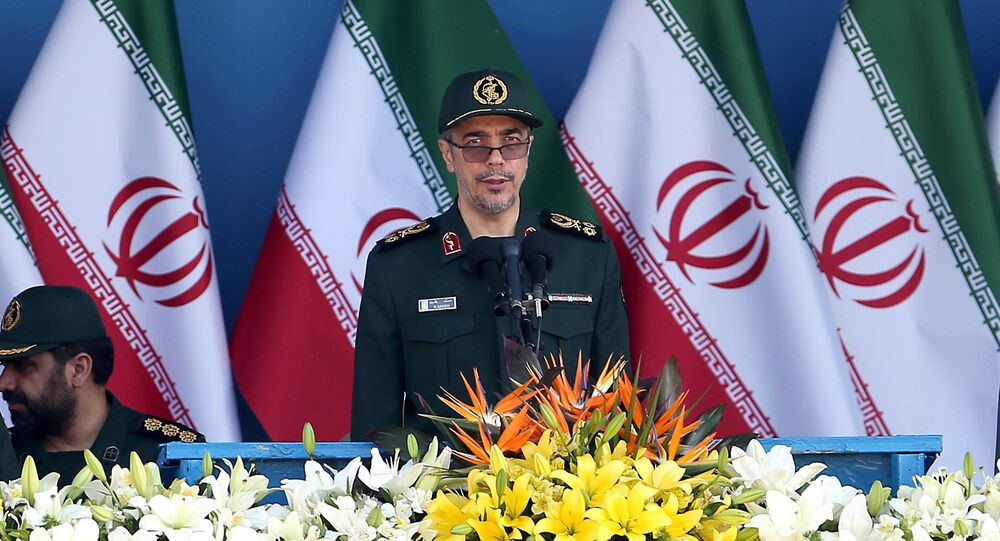 Iranian military leaders traveled to Ankara to meet with Turkish military leaders and work on cooperation in Syria and counter-terrorism initiatives during a rare meeting between the leadership of the two nations.

On Wednesday, Iranian General Mohammad Baqeri, chief of staff of the Armed Forces of Iran and the nation's most senior military official, traveled to Ankara and met with both Turkish Defense Minister Nurettin Canikli and his counterpart, Chief of the General Staff of the Turkish Armed Forces Hulusi Akar. Baqeri was also due to meet with Turkish President Recep Tayyip Erdogan.

This was the first time since Iran's 1979 Islamic Revolution that an Iranian chief of staff visited Turkey, according to Turkish media sources. It may signal an increase in cooperation between Turkey and nations that are not aligned with the United States, their traditional ally.

"There have been no such visits between the two countries for a long time, but considering regional developments and security issues — border security and the fight against terrorism — there was a need for such a visit," Baqeri told Iranian state television on arrival on Tuesday.

"The negotiations regarding the Idlib issue are still ongoing," Turkish Foreign Minister Mevlut Cavusoglu told the state-owned news station TRT Haber on Wednesday. "After the Iranian chief of staff, the Russian chief of staff will also come to Turkey."

© REUTERS / Stringer
Syrian Bargain? What Might Be Behind Iran's Chief of Staff's Trip to Turkey

During the Syrian Civil War, Iran and Russia have supported Syrian President Bashar al-Assad, while Turkey has supported some of the rebel factions seeking to overthrow him. The American support of Kurdish fighters in Syria, the perennial enemies of Turkey, has been a major strain on US-Turkey relations.

Turkey has insisted that the Kurdish forces in Syria are supporters of the Kurdistan Workers' Party (PKK), a Kurdish separatist group which has fought the Turkish government to acquire independence for decades. The US, which considers the PKK a terrorist group, denies any connection.

In addition, some violence from Syria and Iraq has spilled over into neighboring Turkey. In January 2017, a gunman affiliated with Daesh killed 39 people in an Istanbul nightclub.

Since the revolution, Turkey and Iran have been aligned against one another: the former is a member of NATO and the US bloc, while the latter has been a perennial thorn in the side of Washington.

However, relations have improved in recent months as the Turks and Iranians share a common cause in defending Qatar, which has been blockaded by the Gulf states led by Saudi Arabia. The Saudis and their allies have alleged that Qatar is a state sponsor of terrorism and of maintaining a good relationship with Iran, Saudi Arabia's arch-rival.

Iran Engaging in Game of Brinkmanship, Unlikely to Withdraw From Nuclear Deal