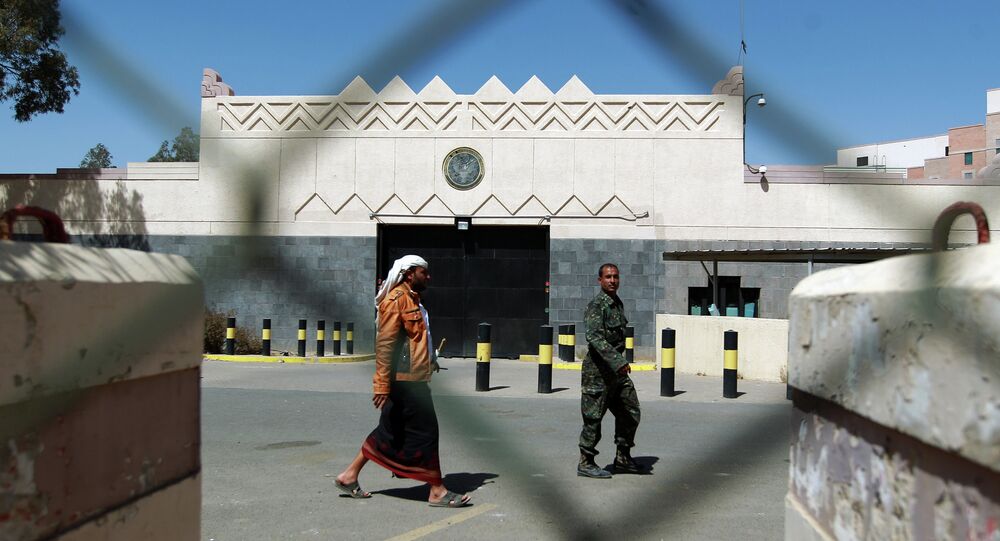 The Yemeni security services officers, controlled by the Houthi rebel movement, detained and took to an unknown place three employees of the US Embassy in Sanaa, without bringing any charges against them, a source in the services told Sputnik.

SANAA (Sputnik) – Earlier in the day, local media reported that the militias had detained 12 employees of the United Nations and staff members of the US Embassy in Sanaa.

"Yemeni militias detained three employees of the US embassy separately and took them to an unknown place," the source said.

© REUTERS / Khaled Abdullah
IOM, International Partners to Launch 3 Humanitarian Programs in Yemen
According to him, the charges have not yet been brought against the detainees. The incident has not been announced officially.

A source in the local United Nations Office for the Coordination of Humanitarian Affairs (OCHA) denied reports of the detention of its employees. "This news is not true," the source said.