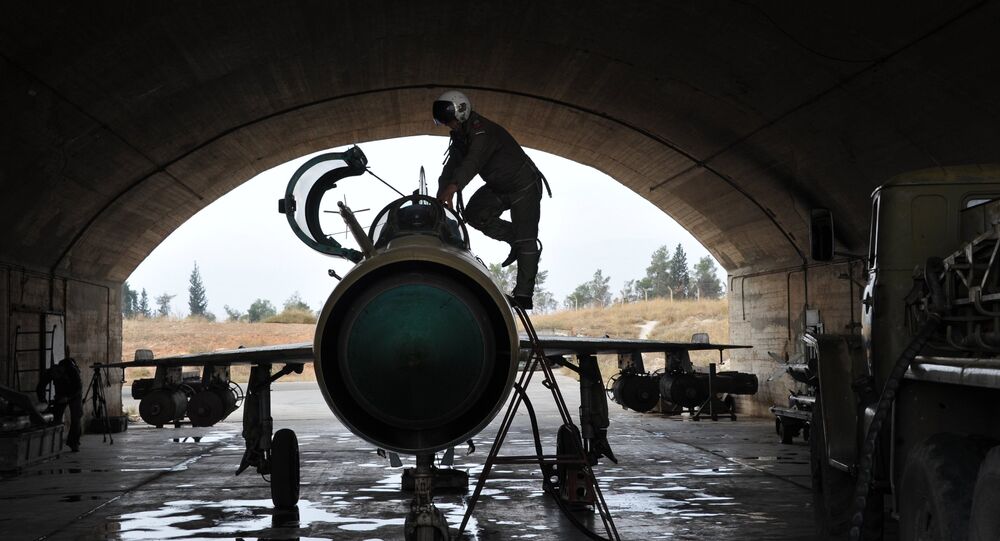 The cause of the crash remains unclear. An investigation into the crash is currently underway.

"A military aircraft has crashed east of Suwayda. The causes of the crash are being clarified," the source told Sputnik.

Earlier in the day, media reported, citing Osoud al-Sharqiyah, a Syrian armed group backed by the US-led coalition, that a Syrian Air Force Mig-21 jet fighter was shot down in the eastern part of the southern Syrian province.

Militants are currently searching for the pilot, who reportedly managed to eject himself before the crash.

On August 10, Syrian state news agency SANA reported that the Syrian government forces had regained control over some 1,300 square kilometers (500 square miles) of the country's territory from terrorists in Suwayda province.

The Syrian Army has been conducting an operation in the region along the Syrian-Jordanian border since mid-May.

© AFP 2021 / STRINGER
Syrian Militias Eliminate 10 Daesh Terrorists in Deir Ez-Zor as Op Approaches - Reports
The Lebanese armed forces are also carrying out an operation to counter Daesh on their side of the border with Syria. It was earlier reported that the country's army shelled terrorists' positions using heavy artillery and rocket launchers.

The Lebanese-Syrian border has been a tense region, especially since the beginning of the Syrian civil war in 2011 — it has been used for arms smuggling and the transit of terrorist recruits to Syria. The Lebanese army and Shia militia Hezbollah have been fighting to prevent terrorists from penetrating Lebanon's territory.