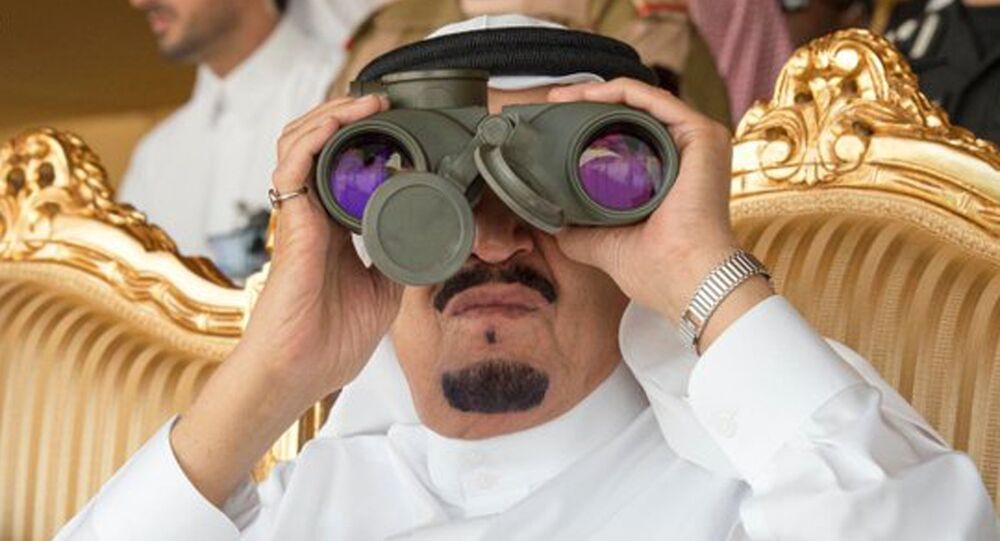 A mainstream documentary has released details on the abduction of three dissident Saudi Princes over a two year period. There is a growing body of evidence to suggest the Saudi state seemingly operates a systematic program to kidnap defectors and dissidents outside its borders.

The trio, all members of the Riyadh elite before becoming involved in peaceful political activities against the ruling monarchy, were kidnapped and transported to Saudi Arabia between September 2015 and February 2016.

The most senior, Prince Sultan bin Turki, was kidnapped together with about 20 members of his entourage, many of whom hailed from western countries February 1, 2016. He was on a flight to Cairo, which was unexpectedly diverted to the Saudi capital. Flight attendants, in fact disguised Saudi agents, produced concealed weapons in order to subdue his protestations.

Upon landing, the plane was surrounded by dozens of cars and military vehicles, as well as heavily armed soldiers and police. The prince was dragged kicking and screaming from the craft into an unmarked car, shouting to his entourage they were all being kidnapped and they should alert their embassies. He has not been seen since.

The rest of his entourage, including a number of young female westerners, were held for three days in Saudi Arabia. Their electronic devices and passports were confiscated, before their escort to a Riyadh hotel by Saudi soldiers armed with machine guns, among them the "flight attendants" in full military garb.

Under constant armed guard — and in the case of the women without proper attire to go outside — they were trapped in the hotel for three days, before being marched one by one into a room at the hotel by heavily armed Saudi soldiers. There, an officer apologized for the inconvenience before making them sign documents in Arabic, which they did not understand.

Their kidnappers asked them where they wanted to travel, before bringing them to the airport, walking them through security and planting them on planes minutes before take-off. All photos had been wiped from their electronic devices, bar one, apparently missed by mistake.

Prince Turki bin Bandar, a former senior police officer whose responsibilities once included guarding the royal family, disappeared in November 2015. He had fled to Paris after a bitter family inheritance argument which led to his arrest in 2012, after which he began writing pieces and posting YouTube videos critical of Riyadh and its human rights abuses.

All that is known about his disappearance is he was arrested and detained at Sala prison in Morocco as he was returning to France, before being deported to Riyadh a few days later. The other Prince, Saud bin Saif al-Nasr, is said to have been worried the Saudis were trying to kidnap or assassinate him in the lead up to his disappearance.

In 2015, he was approached by an apparent Russian-Italian business consortium, which asked him to be their business partner in exchange for a fee. He boarded a private plane to Italy to finalize the contract, and has not been seen since.

If the allegations are true, it will not be the first time the Saudi state has been implicated in the abduction of its critics. In April, 24-year-old Dina Ali Lasloom disappeared after attempting to flee the Kingdom for Australia.

We request that all human rights organizations force the government of the Philippines to return the passport of Dina Lasloom. #SaveDinaAli pic.twitter.com/iRgflc95Gy

​While waiting for a connecting flight to Canberra at Philippines' Ninoy Aquino International Airport, Lasloom's passport was confiscated by officials, before Saudi embassy officials took her into custody. She is said to have beaten, bound by her arms and legs, wrapped in a sheet, and had her mouth taped shut, before being kidnapped and placed on a 10:30pm Saudi Airlines flight to Jeddah.

#SaveDinaAli this is happening now in Philippines airport they want to send her back to people who wants to kill her @hrw @UN pic.twitter.com/lwENHq6wVT

​She was subsequently seen by activists at airport arrivals, rolled off the plane on a wheelchair. She, like the disappeared Princes, has not been seen or heard of since.