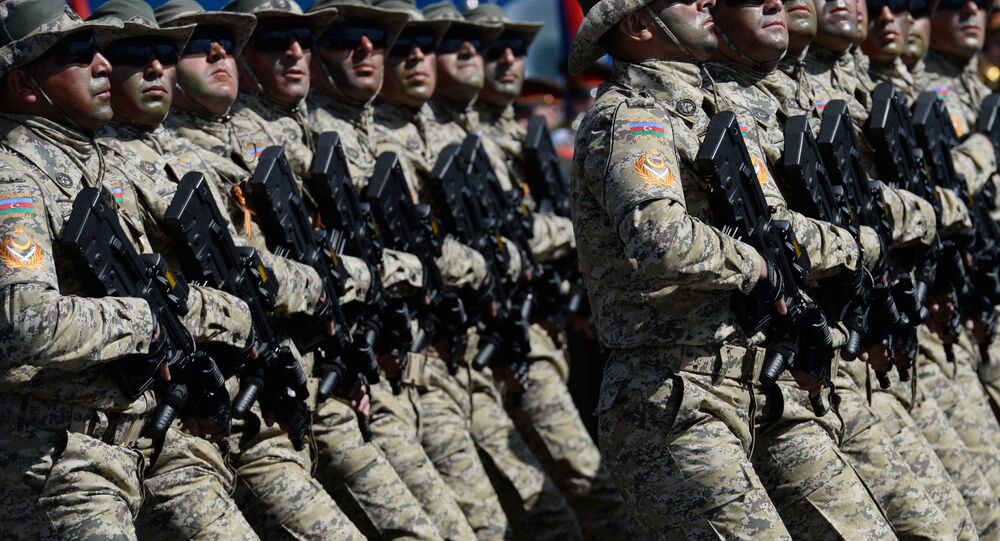 An Israeli drone manufacturer has been accused of attempting to test one of their weapons systems on an Armenian military position on behalf of Israel’s defense partner, Azerbaijan.

The complaint was levied against Aeronautics Defense Systems Ltd (ADS), an Israeli defense contractor that specializes in Unmanned Aerial Vehicles (UAVs) and reconnaissance systems. So the complaint goes, ADS were demonstrating their Aeronautics Defense Orbiter 1K drone to Azerbaijani military leaders in Baku. The Azerbaijanis then asked the Israeli contractors to fly their drone, which was equipped as a "suicide" drone to deliver an 2-pound explosive payload, at a nearby Armenian military position.

The two ADS operators sent to demonstrate the drone refused to follow the request despite threats from their superiors, according to the complaint. Two higher-ranking members of the delegation then attempted to fulfill the Azerbaijani wish, but as they were not experienced drone operators they missed their target. No injuries or damage were reported.

ADS denied that the incident described ever took place. They have "never carried out a demonstration against live targets, including in this case," according to a statement. "Operational actions are carried out by the purchaser alone and on its responsibility."

The Israeli Defense Ministry issued a statement of their own, claiming that they are investigating the issue and therefore would not discuss the case. "As a rule, the Defense Ministry does not comment on issues concerning defense exports. The allegation is being investigated by relevant figures in the ministry," a spokesperson said in a statement on Sunday.

If the test occurred as the complaint states, then ADS is in violation of Israeli law. In order to conduct a demonstration against human targets, Israeli contractors must secure permits from the Defense Ministry. As Armenia is not an enemy state of Israel, it is highly unlikely that Jerusalem would grant such a permit to ADS.

Azerbaijan has bought drones from ADS in the past, and ADS has set up an Azerbaijani subsidiary called Azad Systems to manufacture the Orbiter-3 stealth and reconnaissance drone within Azerbaijan. ADS claim to sell drones and systems to 50 nations in total.

When Azerbaijan became an independent nation in 1991, Israel was one of the first powers to recognize its statehood. In the last year or so, the two nations have strengthened their alliance, making Azerbaijan one of the few Muslim-majority nations to have a positive and strategic bilateral relationship with the Jewish state. Azerbaijani President Ilham Aliyev claimed that his country purchased $5 billion worth of military equipment from Israel in 2016.

Azerbaijan's defense needs have increased in recent years as it clashes with its neighbor and rival Armenia over Nagorno-Karabakh, a 95-percent Armenian province of Azerbaijan that has de facto seceded into its own independent republic. The two nations warred over control of Nagorno-Karabakh in the early 90s, and sporadic violence has broken out since then.

A 2016 clash between Azerbaijan and Armenia and Nagorno-Karabakh left 350 dead according to the US State Department and the Azerbaijanis, and between 650 and 1,650 killed according to the Armenians. Since then, skirmishes have frequently broken out between the two nations, often with fatal consequences. Azerbaijan reported on Monday that Armenia spent the weekend attacking their positions along the border with heavy machine guns, although no casualties were reported.