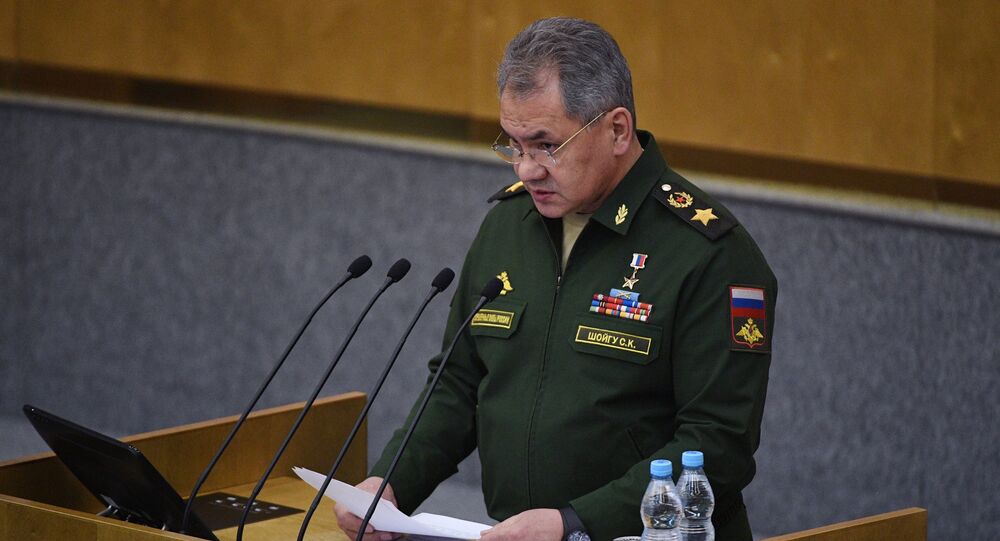 According to the Russian defense minister, Syrian armed opposition forces should fight terrorists within the boundaries of the de-escalation zones on their own.

MOSCOW (Sputnik) — Syrian armed opposition should fight terrorists within the boundaries of the de-escalation zones on its own, Russian Defense Minister Sergei Shoigu said Sunday.

The zones of de-escalation in Syria are open to humanitarian assistance, and the support of international organizations is necessary there, Russian Defense Minister Sergei Shoigu said Sunday.

"Today, few people are talking about the access to humanitarian assistance [in Syria's de-escalation zones]. So we say on our own: ‘Bring [humanitarian aid] to the zones of de-escalation — everything is open there.’ Of course, the support from humanitarian organizations, the United Nations, is needed. After that the restoration will begin, the return of refugees to their homes," Shoigu told Russia's Rossiya 24 broadcaster.

In July, after talks between Presidents Donald Trump and Vladimir Putin the United States, Russia and Jordan agreed on ceasefire in southwestern Syria starting at noon on July 9. The United States and Russia have committed themselves to ensuring the implementation of the ceasefire.

© REUTERS / Zohra Bensemra
Making Syria Safe: What Needs to Be Done After De-Escalation Zones Are Set Up
On May 4, Russia, Turkey and Iran signed a memorandum on the establishment of safe zones in war-torn Syria as part of the the Astana talks on Syrian settlement. The four zones include the northwestern Idlib province and parts of the neighboring Latakia, Hama and Aleppo provinces, the north of the central Homs province, eastern Ghouta near Damascus and certain parts in the country's southern Deraa and Quneitra provinces. The memorandum on these de-escalation zones took effect on May 6.
...
Reddit
Google+
Blogger
Pinterest
StumbleUpon
Telegram
WhatsApp
90