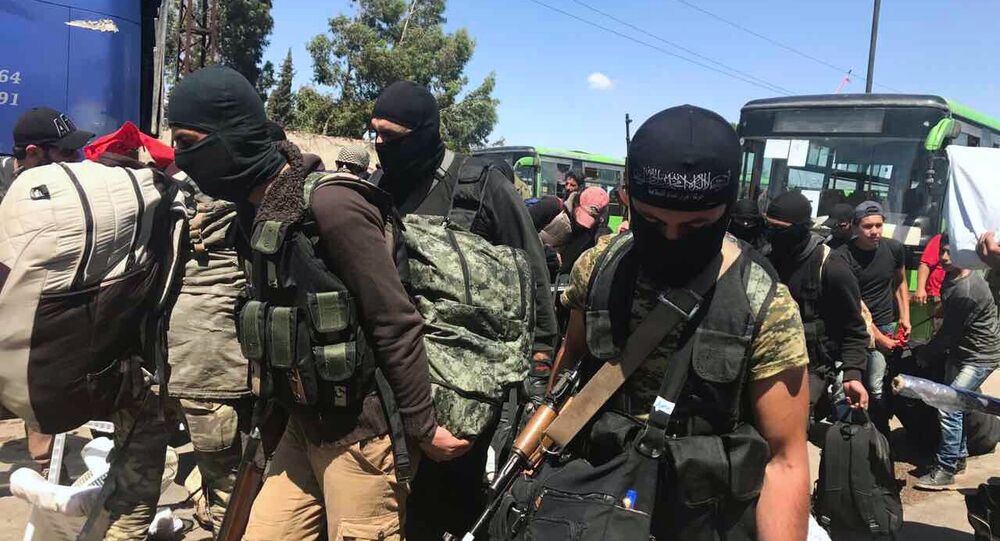 © REUTERS / Rodi Said
US-Led Coalition Conducts 33 Strikes Against Daesh Near Raqqa, Syria
The memorandum on the establishment of four de-escalation zones in Syria was signed in Astana in May, with Russia, Iran and Turkey acting as the guarantors of the ceasefire regime. On Thursday, Russian Defense Ministry spokesman Maj. Gen. Igor Konashenkov said the representatives of the Russian Defense Ministry and moderate Syrian opposition reached an agreement during their meeting in Cairo on July 31 on the third de-escalation zone in Syria, north of Homs.

Prior to that, the agreement was reached on the two de-escalation zones, in the rebel-controlled south along the border with Jordan and in Eastern Ghouta. The functioning of the remaining fourth zone in Idlib is yet to be agreed with the Syrian opposition.

The ceasefire in Syrian de-escalation zones does not cover the militants of the Jabhat Fatah al Sham, formerly known as Nusra Front, and the Islamic State (IS) terrorist groups, both banned in Russia.