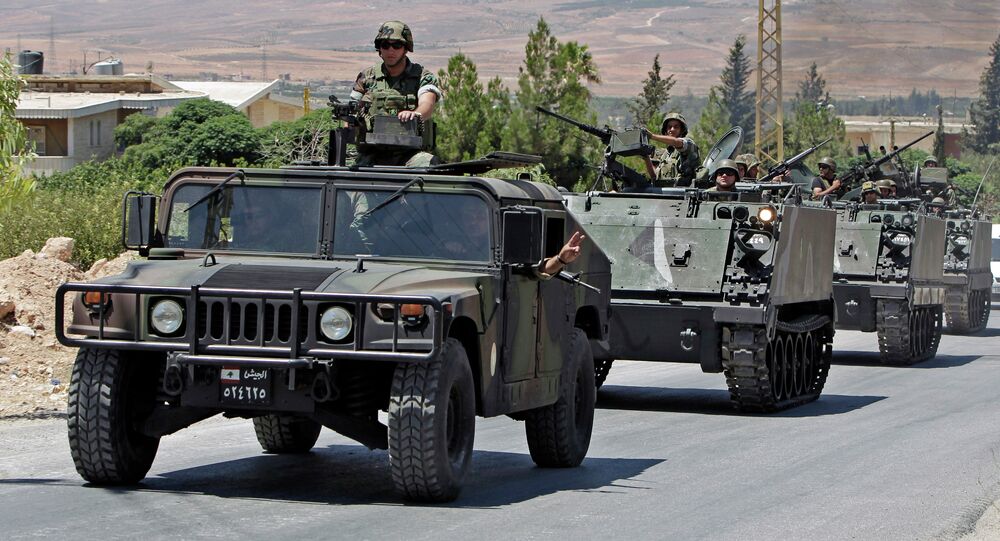 The Lebanese armed forces on Wednesday shelled Daesh (banned in Russia) positions on the country's border with Syria days after the state government approved the operation to push the terrorists out of the country.

BEIRUT (Sputnik) — The Lebanese army shelled positions of the Daesh terrorist group located in the mountainous region on the Syrian-Lebanese border, a copy of the Lebanese army command's statement, obtained by Sputnik, said on Thursday.

"[The Lebanese] army units opened fire from heavy artillery and rocket launchers on terrorist positions… in mountainous areas of Ras Baalbek and Qaa," the statement read.

The army's statement comes two days after the Lebanese Higher Defense Council said that the country's authorities had approved recommendations on the military operation to liberate border areas from terrorists.

© AFP 2020 / RAMI AL-SAYED
Last al-Nusra Front Militants in Lebanese Camps Cross Back Into Syria
Prior to that Lebanese Prime Minister Saad Hariri announced that the Lebanese forces would be dispatched to the Lebanese-Syrian border in order to fight against the Daesh terror group, explaining that this decision was driven by increased cases of Daesh attacks on Lebanese security forces.

The development comes in the wake of reports that Lebanon expelled members of Jabhat Fatah al Sham terror group, formerly known as al-Nusra Front, who were staying in Lebanese refugee camps. The militants and their families were granted safe passage to Syria and left Lebanon on buses.

The Lebanese-Syrian border has been a tense region, especially since the beginning of the Syrian civil war in 2011 — it has been used for arms smuggling and the transit of terrorist recruits to Syria. Lebanese army and Shia militia Hezbollah have been fighting to prevent terrorists from penetrating Lebanon's territory.