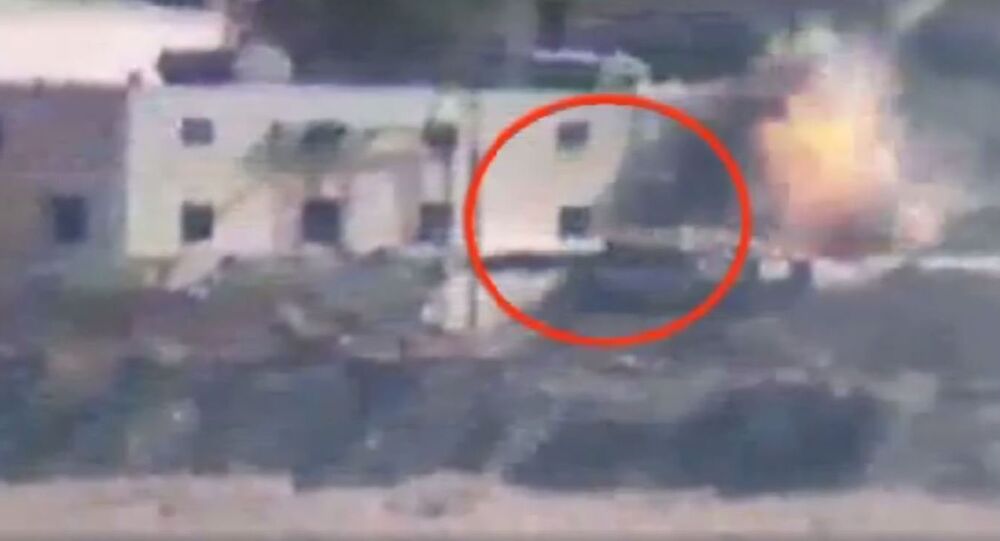 A Kurdish fighting force, long one of Washington’s preferred war-making proxies in the Middle East, published a video Tuesday showing them blowing up a tank belonging to Turkey, a US ally, in Syria.

The Kurdish People’s Protection Units (YPG) are considered a terrorist group by Ankara.

"Our forces targeted and destroyed a tank belonging to terrorist groups under the Turkish army’s command near [the] Azaz hospital in Afrin’s Shera district," the YPG said in an August 5 Facebook post.

US officials told Military Times that the YPG has Washington’s backing "fighting [Daesh] in and around Raqqa." Kurdish fighters don’t have US support for operations near Azaz, however, which is "located 20 miles north of Aleppo and has been the scene of cross-border skirmishes between Turkey and Kurdish militants," the Times added.

"The basis of the fight against Daesh [ISIS/ISIL], which was dubbed as the 'Obama strategy' in the US, was to place the Kurdish Democratic Union Party (PYD) and the People’s Protection Units (YPG) in the territories liberated from terrorists," Turkish political analyst Mehmet Al Guller told Sputnik Turkey.

While carving out a Syrian Kurdistan doesn’t seem to be high on anyone’s agenda at the moment, Kurdish autonomy in Iraq is much closer to reality. The Kurds are slated to hold a controversial referendum vote in Erbil, Iraq, later this year to vote on transforming their current autonomous Kurdish state in northern Iraq into an independent nation.

Some in the US administration have expressed disapproval of the vote. “We do not think the referendum should happen in September,” US special presidential envoy Brett McGurk said at a State Department briefing on July 14.

“We expect that when the final decisions are taken, everything linked to the political, geopolitical, demographic and economic repercussions of this step will be taken into account,” Russian Foreign Minister Sergey Lavrov said July 24. The vote “is broader than current Iraqi borders and affects the situation in a whole range of neighboring countries,” Lavrov noted.

Indeed, ethnic Kurds, and the prospect of Kurdistan, generate strong opinions in Tehran as well. “We believe referendum is not the right choice,” Iranian Foreign Minister Javad Zarif said on June 7.