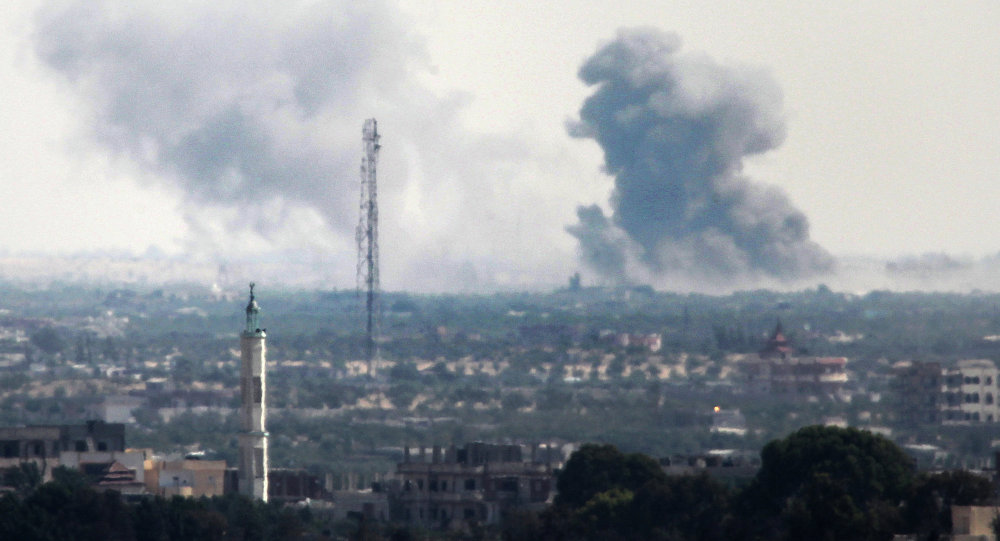 The residents of the Gaza Strip are severely hit by the electricity crisis, with many people living on as little as two hours of electricity per day, Oxfam, the UK-based confederation of charity organizations for alleviating poverty, said Tuesday.

MOSCOW (Sputnik) — The electricity crisis's negative impact on living conditions of Gaza Strip residents is even direr when compared to the aftermath of the conflict with Israel, also known as the 2014 Gaza War, as 2 million people are currently in need of drinking water and proper sanitation, according to Oxfam.

"After the 2014 Gaza War, 50 percent of the sewage treatment centers were no longer operating. Today, none are. In August 2014, 900,000 people lacked proper water and sanitation facilitates, today that number is 2 million. After the last war, 80 per cent of the population received four hours of electricity per day. Today many people in Gaza are living on as little as two hours per day," Chris Eijkemans, the Oxfam Occupied Palestinian Territory and Israel Country Director, was quoted in the statement.

The Oxfam regional director urged all parties to the conflict to immediately end the crisis to avoid exposing the local population to the threat of widespread disease. 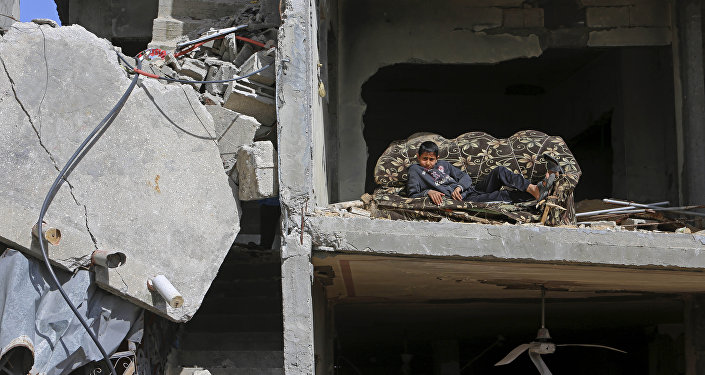 © AP Photo / Adel Hana
Over 30,000 Gaza Residents Remain Displaced After 2014 Gaza War
"Even without rockets and bombs, Palestinians in Gaza are experiencing a humanitarian emergency which is all too familiar to them. It is shameful this crisis has been allowed to escalate to this extent and further squeeze an already suffocating two million people living under an illegal blockade," Eijkemans noted.

In 2007, a deadly conflict between Fatah, then dominating party in Palestine, and Hamas, an Islamist political and militant group, led to the split of the Palestinian Authority and Hamas taking over the Gaza Strip.

Since then, Israel has maintained a land, sea, and air blockade on the enclave for the security purposes. This isolation resulted in the diminished living standards of Gaza residents, who are now reliant on Israel and international humanitarian aid for basic resources and utilities, including water and electricity. In June, the power blockade was further exacerbated after Israel cut off the electricity supply at the request of the Palestinian Authority, which is trying to take control over Gaza from Hamas.

The Gaza Strip was seized by Israel as a result of the Arab-Israeli Six-Day War in 1967. Since then, a series of armed conflicts between Israel and Palestinians took place, with the latest one taking place in July-August of 2014.