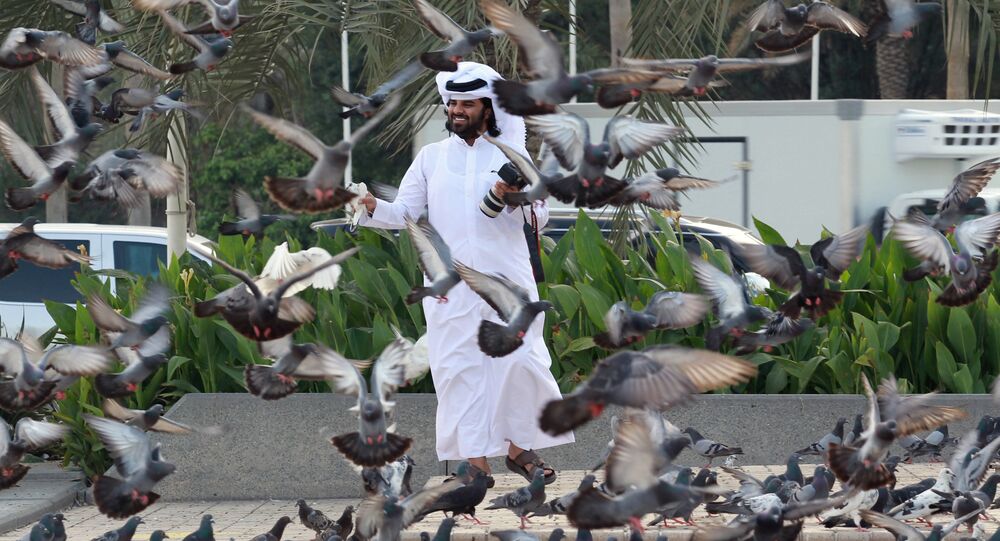 Facing apparently impossible odds, Qatar manages to go toe-to-toe with the coalition of Arab States led by Saudi Arabia that imposed a blockade against Doha, using clever strategy to outplay its rivals.

In June, Bahrain, Egypt, Saudi Arabia and the UAE broke off diplomatic relations and communication with Qatar, accusing Doha of supporting terrorism and meddling in their internal affairs. The Arab states presented Doha with a list of 13 demands, which Qatar has refused to comply with.

© AP Photo / Saudi Press Agency
Gulf Diplomatic Row: Will Saudi Arabia Take on Iran to 'Teach Qatar a Lesson'?
Despite being outnumbered and facing a de facto economic blockade imposed by its neighbors, Qatar has found a strategy that could end the blockade.

"Qatar has recently filed a complaint with WTO, accusing UAE, Bahrain and Saudi Arabia of imposing a trade and economic blockade. Also, an extraordinary session of the International Civil Aviation Organization was held after Qatar filed a complaint," Ali al-Heil, a professor of political science at Qatar University, told Sputnik.

All-Heil pointed out that Doha had managed to evade the difficulties it was facing during this troubled time, forcing its opponents to make concessions.

"Qatar is conducting a firm policy, effectively forcing the countries that imposed the blockade against it to make more and more concessions – for example, the original list of demands got whittled down from 13 points to just 6. And let’s not forget about the meeting in Cairo where the list of economic sanctions against Qatar was being compiled. But it got cancelled after US President Donald Trump’s phone call to his Egyptian colleague Abdel Fattah el-Sisi," the professor said.

Talaat Hamid, former speaker of the Arab Parliament of the Arab League, compared Qatar's strategy with the one that "Israel employs during negotiations."

"The countries that imposed the blockade insist on [Qatar] fulfilling the previously reached agreements. Qatar, however, is deliberately stalling, thus creating the image of a suffering small country being ganged up on by its neighbors. The goal of this policy is to make everyone in the world feel pity for the emirate and to blame Saudi Arabia, UAE, Bahrain and Egypt," Talaat Hamid told Sputnik.