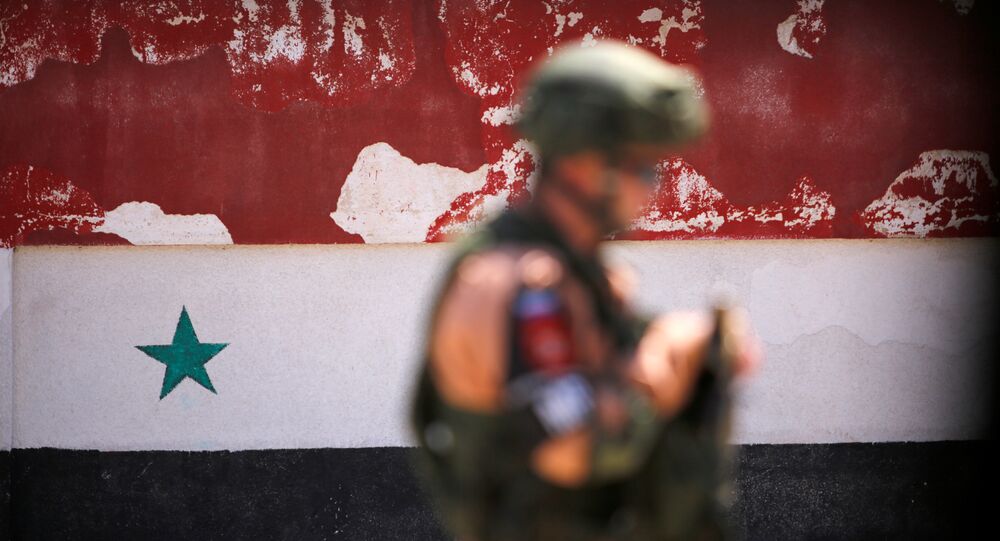 Russian representatives in the Russian-Turkish commission on the Syrian truce have registered a total of 18 violations of the ceasefire regime in Syria during the past 24 hours, the Russian Defense Ministry said Monday.

MOSCOW (Sputnik) — Turkey informed about three cases, according to the defense ministry.

"Situation in the de-escalation zones is assessed as stable. Within last 24 hours, the Russian party of the Russia-Turkey Commission on violations of the Joint Agreement has registered 18 cases of firing in provinces of Aleppo (14), Damas (1), Latakia (3). The Turkish side has registered 3 cases of ceasefire violations in the provinces of Damascus," the ministry said in a daily bulletin.

© Sputnik / Mikhail Alaeddin
Syria's Safe Zones: 1,500 People Pass Through Security Checkpoint in Daraa Province Daily
The number of settlements which joined the ceasefire as well as the number of armed groups that have joined the cessation have not been subjected to changes and total 2,135 and 228, respectively, according to the bulletin.

No humanitarian operations were carried out during the past 24 hours, however, 86 individuals received medical assistance.

Russia and Turkey are the guarantors of the nationwide ceasefire in Syria, which has been in the grip of a civil war for over six years. Syrian government forces are fighting against the opposition groups, who strive to overthrow President Bashar Assad, as well as numerous extremist and terrorist groups, such as Daesh and Jabhat Fatah al Sham, both of which are outlawed in Russia.