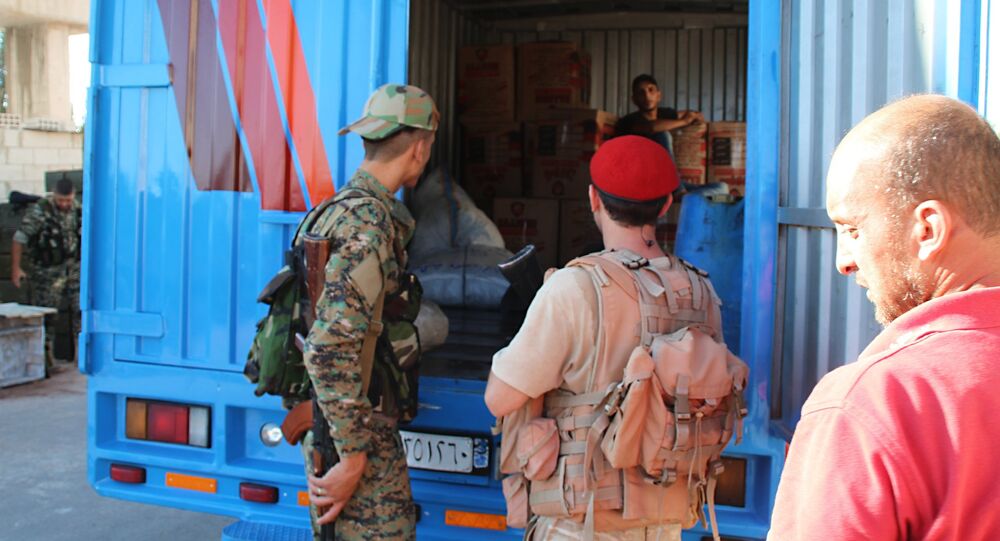 Some 1,500 people pass through the security checkpoint in Syria's southwestern Daraa province, where a safe zone has been established.

DAMASCUS (Sputnik) – Russian servicemen at a checkpoint in Syria's southwestern Daraa province have checked some 1,500 people and 1,000 vehicles every day since the safe zone in the area was established, Russian military police serviceman said Monday.

"We have been staying at this border checkpoint for two weeks, everything is normal… We check thousands of people, [namely] how many enter and how many exit. Some 1,500 people per day. We inspect cars to prevent transfers of arms and ammunition. We communicate well with everybody, [and] the Syrians with us, as well," Artur Kartoev told reporters, adding that around 1,000 cars pass the checkpoint per day.

The figures demonstrate that the local population have stopped being afraid of militants, been getting used to a peaceful life and shown an understanding of the security requirements, he said.

© REUTERS / Omar Sanadiki
US Strikes Against Civilians in Syria: 'Genocide' Which 'Strengthens Terrorism'
The memorandum on the establishment of a de-escalation zone in the Daraa, Quneitra and As-Suwayda provinces in southwestern Syria was agreed upon by Russia, Jordan and the United States on July 7. The ceasefire took effect on July 9. Since then, Russian military police have set up new checkpoints and observation posts throughout the safe zone to ensure that hostilities do not resume.