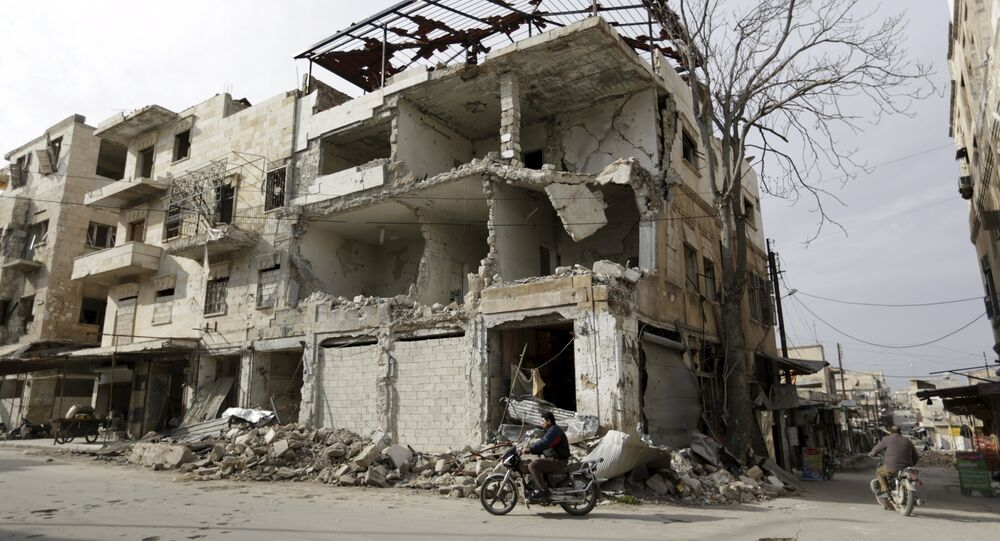 The efforts of Russia and Egypt will possibly make Syria's northwestern Idlib province the next stage of de-escalation in the country after the province of Homs, a member of Syria's Tomorrow opposition movement told Sputnik Saturday.

CAIRO (Sputnik) — On Thursday, Syria’s Tomorrow said in a statement that the group had acted as a mediator in the negotiations on establishment of a de-escalation zone in the northern part of the Homs province. The statement added that the agreement on the zone creation was signed under the patronage of the Egyptian government and with the Russian Defense Ministry serving as a guarantor.

"I assume that the de-escalation in Idlib will be the next step. We will strive together with the efforts of Cairo and Russia to make Idlib the next stage of de-escalation," Qassem Khatib said

© REUTERS
Moscow Says Safe Zones in Syria Facilitate Delivery of Humanitarian Aid
Khatib added that the leader of Syria's Tomorrow movement Ahmad Jarba would visit Moscow in the near future.

In May, the participants of the Astana talks on Syrian settlement agreed on establishing four safe zones in Syria as part of the de-escalation process. The first one, in the north of the country, covers the province of Idlib and neighboring districts of Latakia, Aleppo and Homs. The second is in the north of the province of Homs. The third is located in the south of Syria, in the Quneitra and Daraa provinces, while the fourth one is in the Eastern Ghouta.

On July 24, Col. Gen. Sergei Rudskoy, the chief of the Russian General Staff's Main Operational Directorate, said that borders of de-escalation zones north of the Syrian city of Homs and in the eastern Ghouta region were agreed upon during the fifth round of international meetings in Astana in early July, while consultations on another zone in the Idlib province continued.

Russia, Turkey, Iran as well as the Syrian government representatives and the country's opposition participate in the negotiation process in Astana. The United States, Jordan and the United Nations act as the observers.