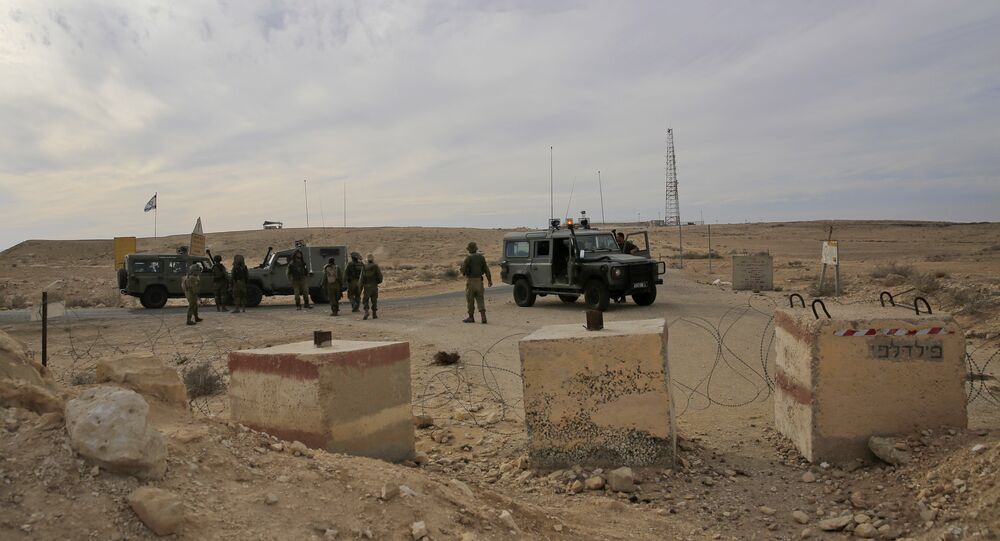 Israel plans to build an underground barrier along its Egyptian border near the Gaza Strip to prevent the militants of Daesh (outlawed in Russia) operating on the Sinai peninsula from digging tunnels into Israel, local media reported Friday.

© AFP 2021 / KHALED DESOUKI
Israel Closes Egyptian Border After Deadly Blasts in Egypt's North
MOSCOW (Sputnik) — According to Ynetnews web portal, it will be a continuation of the barrier currently being constructed around the Gaza Strip with an estimated cost of $940 million, which is expected to be completed within a year and a half.

The new plan outlines a 0.6-mile extension of the barrier toward the south of the enclave and the possibility of building a 1.8-mile subterranean wall along the border.

In 2014, Sinai's indigenous militants pledged allegiance to Daesh. The self-proclaimed Wilayat Sinai has subsequently claimed responsibility for a number of deadly attacks in the area. However, Egyptian security forces have been unable to maintain absolute control in the area.

© AP Photo
Egyptian Armed Forces Eliminate 40 Extremists in Northern Sinai Within Week
For years, Israel has been attempting to deal with these underground tunnels, which are used by terrorists to penetrate into the Jewish state and stage attacks against civilians.

A network of secret tunnels used for smuggling and military purposes stretches from the southern and northern tips of the Gaza Strip, which has been under a blockade imposed by Israel since in 2007.