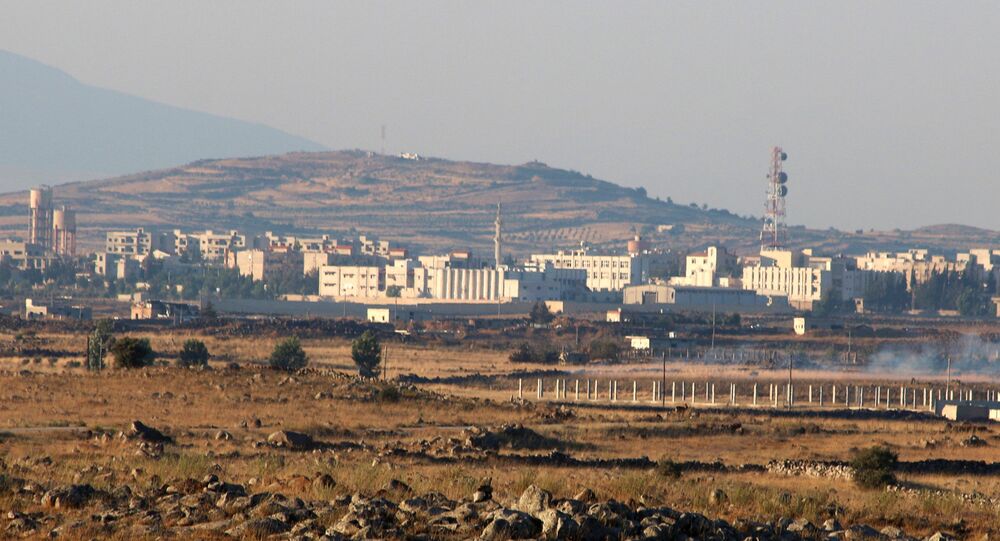 Israeli Ambassador to Russia Gary Koren said in an interview with Sputnik on Tuesday that Israel is not going to negotiate on the issue of the Golan Heights that were seized by Israelis from Syria during the 1967 Six-Day War.

MOSCOW (Sputnik) — Israel does not plan on returning the country's northern Golan Heights region to Syria, Koren told Sputnik, commenting on the central roadblock in long-standing conflict between Israel and Syria.

"According to our legislation, the Golan Heights are an independent part within Israel. If anyone keeps thinking that this question has yet to be discussed, it is naive of them. In the past, during the tenure of [former Israeli Prime Minister] Ehud Barak's government, we tried to hold talks, explore the opportunity of talks with [former Syrian president] Hafez Assad, but it did not take us anywhere. Well, thank God it failed. If we had returned the Golan Heights, we would now have Hezbollah and Iranian soldiers over the the Kinneret lake," Koren said.

© Sputnik / Valeriy Melnikov
Unique Report From Golan Heights, Major Syrian Hotspot Included in US-Russia Brokered Safe Zone
Israel took control over the Syrian Golan Heights during the Six-Day War, which broke out in June 1967. After over a decade of managing the territory through a military administration, Israel de facto annexed the Golan Heights in 1981, adopting a law on extending the country's jurisdiction over the area. This move has not been internationally recognized.

Iran and its allies, including Lebanon's Shiite Hezbollah movement, support President Bashar Assad's government in the civil war in Syria. Israel regards Iran as its number one threat, pointing at Tehran's curtailed, yet existing, nuclear program, its hostile rhetoric and support offered to anti-Israel forces throughout the Middle East.