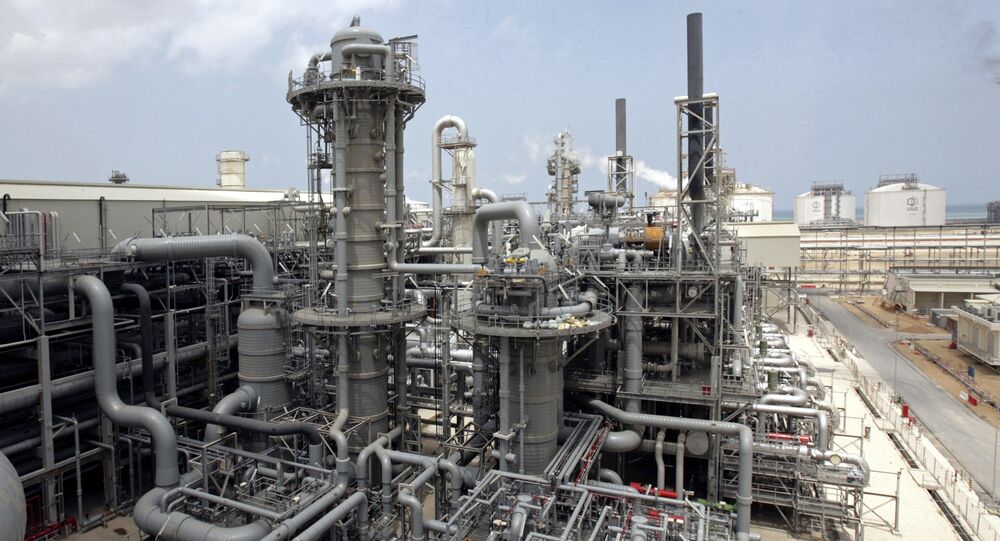 The diplomatic crisis between Saudi Arabia and Qatar is rooted in ideological and political differences and Riyadh's desire to control the independent policy of its neighbor, political analyst Mohammad Sadeq Jukar told Sputnik Iran.

Since breaking off diplomatic relations in June, Riyadh has stopped air traffic to and from Doha and deprived its neighbor of vital imports via its only land crossing. Saudi Arabia, Bahrain, Egypt and the UAE had also issued a 13-point ultimatum to Qatar including demands to close the Al Jazeera broadcaster, close a Turkish military base, curb ties with Iran and end Doha's alleged support for terrorists.

Refusing to yield to the demands, Qatari Foreign Minister Sheikh Mohammed bin Abdulrahman al-Thani said that they were "made to be rejected."

An analyst, Mohammad Sadeq Jukar, told Sputnik Iran that ideological differences between Riyadh and Qatar are one of the main sources of the conflict, as is a planned new pipeline project.

"One of the main factors in the dispute between Qatar and Saudi Arabia is their difference in ethno-confessional politics, in particular support of certain Islamic factions and groups in different countries: Turkey, Egypt, South Africa. Qatar takes an independent position of moderate Islam, which doesn't suit Saudi Arabia, propagandizing radicalism and extremism," Jukar explained.

© AFP 2021 / Robyn BECK
US vs. OPEC: Shale Companies Push Oil Prices Down, Risk Losing the Market
While Qatar shares its only land border with Saudi Arabia, it also shares the world's largest natural gas field with Iran, located in the Persian Gulf.

In contrast to its Arab neighbor, Qatar enjoys a good relationship with Iran based on their economic cooperation, and Tehran has shipped and flown food to Qatar since Saudi Arabia's blockade began. This relationship is an example of Qatar's independence from Saudi Arabia, which wants Doha to fall in line with its foreign policy, Jukar said.

"These fundamental disagreements between Saudi Arabia and Qatar are in no way connected with Iran. To a greater degree, this is a conflict of ideological and political interests."

"If Qatar gives in to this pressure and turns into another emirate of Saudi Arabia, the energy compass will change direction in favor of the Persian Gulf states."

Qatar, the world's third-largest supplier of liquefied natural gas (LNG), currently supplies the UAE and Oman with natural gas via the Dolphin pipeline which runs across the Persian Gulf. Despite the UAE's sanctions against it, Doha says it has no intention of cutting the supply. According to Jukar, another factor in the dispute is the planned Dolphin 2 pipeline, which Saudi Arabia wants control over.

"The Dolphin 2 gas pipeline was being actively negotiated before the Qatari crisis began. It was planned that Qatari gas would be exported along this pipeline to the UAE. The volumes may increase, and in turn this will threaten the export of Iranian gas to the countries of the region."

Saudi Arabia stands to gain a lot if the project goes ahead under the auspices of Riyadh rather than Doha, the Iranian analyst said.

"If Qatar gives in and resumes negotiations for this project, then Saudi Arabia wins. The planned Dolphin 2 gas pipeline will pass through disputed territory which is claimed by Saudi Arabia. In this case, Saudi Arabia may abandon ambitions it held regarding disputed territories of the Dolphin 1 project. Or, Saudi Arabia will also allow the extension of the gas pipeline to Kuwait. All this will be possible if Qatar makes concessions and gives in. In general, in this case energy cooperation between the Persian Gulf countries will only grow and develop."

© AFP 2021 / Yasser Al-Zayyat
The Price of Defiance: Why US, Saudi Arabia Turning Kuwait Against Iran
"On the other hand, the fate of the electric grid in the Persian Gulf will also become an issue. Since the Arab states of the Persian Gulf are in dire need of electricity, this project is sure to develop, and Qatar will play a paramount role. Because Saudi Arabia has a growing demand for energy, Qatar may become the main gas supplier for the Saudis in the future. So far, Saudi Arabia satisfies its electricity needs by burning its oil. In the hottest months of the year, approximately 700,000 barrels per day are used to produce energy … if the project to produce gas by nontraditional means [such as fracking of shale formations] in Saudi Arabia doesn't get off the ground then in the future it will turn into a gas importer."

"In general, the countries that have declared a boycott on Qatar understand that putting pressure on Qatar will harm them, especially the UAE. Here, it's not only the issue that the Dolphin project will be suspended – a whole branch of gas supply may be chopped off, and this is a big loss for the UAE. The damage will cost them $2 — $2.5 billion annually. Besides, they import gas from Qatar at a very low price, and in the event of an interruption in supplies, it will be simply impossible for them to find an economically beneficial alternative," Jukar said.

What a Twist! Why Washington Welcomes Moscow’s Role in Resolving Qatar Crisis