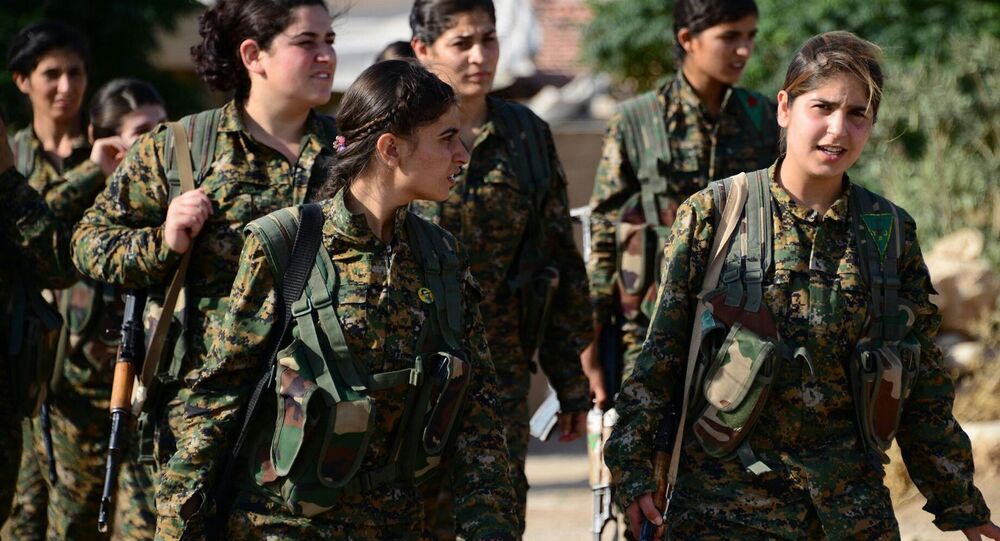 The Constituent Council of North-Syria Democratic Federation, which controls the de facto autonomous region of Rojava, proclaimed by the Kurds in the north of Syria, called a number of local elections, media reported on Saturday.

© REUTERS / Goran Tomasevic
Kurds May Leave Coalition Raqqa Op if Turkish Attacks Continue - YPG Commander
MOSCOW (Sputnik) — Earlier in the week, the Constituent Council convened in the northern Syrian town of Rmelan. The council was in session for two days and decided on a number of deadlines for the elections in the "federation."

The news outlet added that on January 19, 2018 the residents of the Democratic Federation would elect representatives to the regional councils, as well as to the democratic North-Syria peoples conference.

On March 17, 2016, the Syrian Kurds announced the creation of the federal region of Rojava in northern Syria at a conference in the Hasakah province. Since December 2016, it was renamed to North-Syria Democratic Federation. The Syrian government responded by saying that the Kurds’ unilateral decision had no legal power. At the same time, the Syrian Kurds control vast areas in Northern Syria along the Syrian-Turkish border.

Russia has repeatedly called for respect of Syria’s integrity and sovereignty, however adding that the settlement of the ongoing conflict in the Middle Eastern country should include the participation of the Kurds.