As the Syrian army artillery shells Al-Sukhnah, a key town leading up to the Daesh-besieged city of Deir ez-Zor, a Syrian field commander told Sputnik that the army was now just 8 kilometers away from the town.

The commander said that the ground attack on the city was being preceded by massive airstrikes and artillery bombardment.

“The terrorists know they are done for and yesterday their leaders moved their families from Al-Sukhnah to Deir ez-Zor,” he added.

The Syrian government troops are advancing on the jihadists also in the area between Homs, Deir ez-Zor and Raqqa.

Another source told Sputnik that “yesterday the Syrian Army, backed by its allies, took control of the village of al-Bagilia in the eastern part of Homs province killing dozxens of terrorists and destroying several vehicles.”

The same source added that the liberation of al-Bagilia followed “a series of military operations near the oilfields, the seizure of al-Heil oilfield west of the village, and the surrounding hills.” 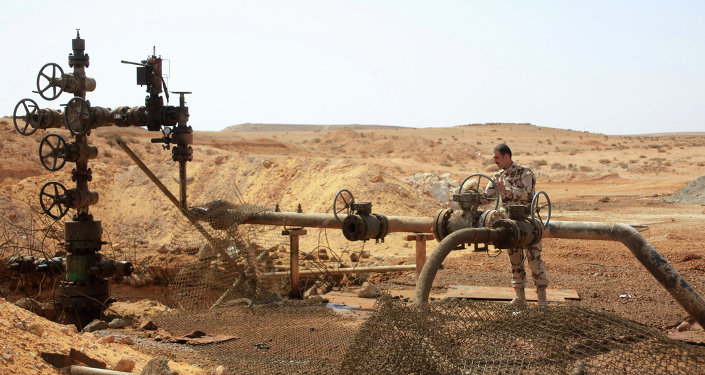 © AFP 2019 / STR
Syrian Army Regains Control of Vital Oilfield Near Palmyra From Daesh (VIDEO)
In June, the Syrian Army’s advance near Palmyra in the Homs province deprived Daesh terrorists of control over a major gas field. As a result of the fighting near the ancient city, the jihadists lost the Shaer gas field thus losing the income gained from illegal production of hydrocarbons.

The Syrian Army is conducting a five-pronged offensive in the Syrian Desert in an effort to encircle the terrorists holed up in eastern Homs and liberate Raqqa and Deir ez-Zor.