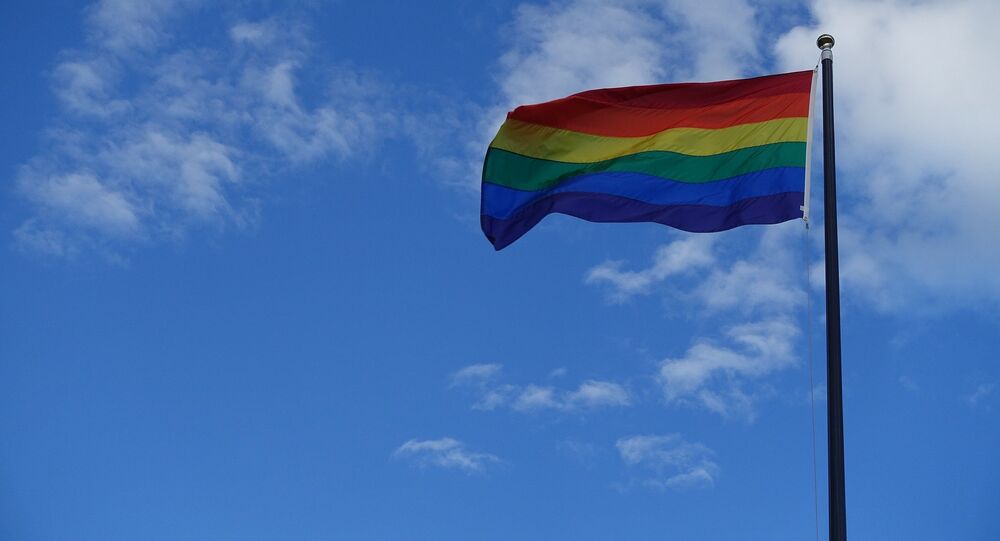 Director of the Syrian Democratic Forces’ (SDF) Media Center Mustafa Bali denied reports of the existence of an LGBT military unit within the SDF, established in Syria to fight Daesh.

© AP Photo / Efrem Lukatsky
US in Talks With Russia at Highest Level on LGBT Issues in Chechnya
MOSCOW (Sputnik) — On Monday, a Newsweek magazine reported that an anarchist movement The International Revolutionary People's Guerrilla Forces (IRPGF) had announced that a group of international volunteers fighting in Syria established an LGBT military unit, called The Queer Insurrection and Liberation Army (TQILA).

"Social Media today reported about the formation of a battalion of homosexuals within the Syrian Democratic Forces (SDF) in Raqqa… We in the Syrian Democratic Forces, while emphasizing our deep respect for human rights, including the rights of homosexuals, we deny the formation of such a battalion within the framework of our forces and we consider this news to be untrue," Bali said in a statement on Tuesday, as quoted by ARA News outlet.

© REUTERS / Murad Sezer
At Least 10 Detained in Turkey's Istanbul During Unauthorized LGBT Rally - Reports
TQILA representative Heval Rojhilat told Newsweek magazine that the members of the unit were already fighting in the Syrian city of Raqqa, but declined to reveal the number of the fighters in the unit.

The outlet reported that the IRPGF was part of the International Freedom Battalion, a group of foreign fighters allied with the Kurdish militia.

Daesh made Raqqa, located in the north of Syria, its capital in the country. The SDF launched the final stages of their offensive against the Daesh in Raqqa in June.