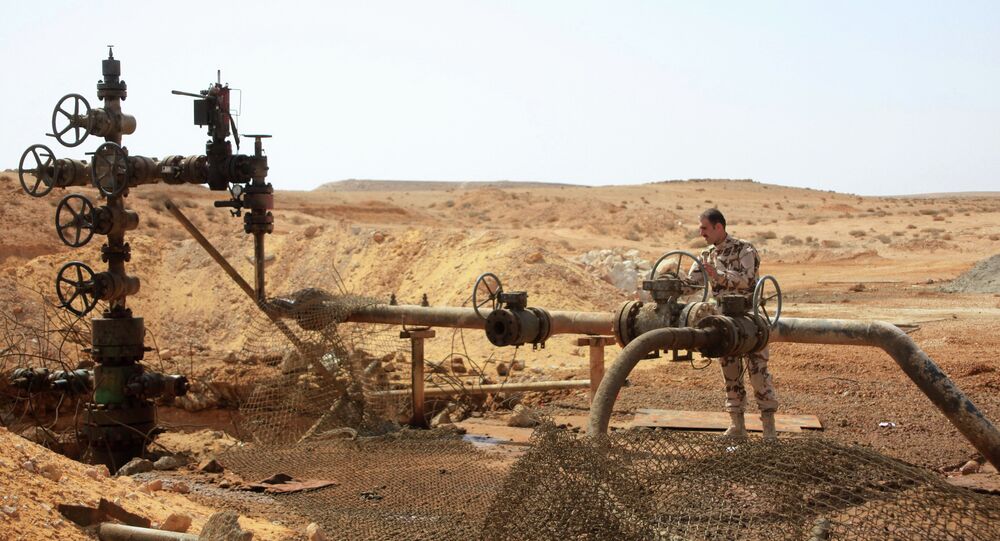 The Syrian army has regained control of a vital oilfield north-east of Palmyra from Daesh terrorists.

The Syrian army has regained control of the al Heil oilfield from Daesh terrorists. The oilfield is located north-east of Palmyra and 14 kilometers from the town of Al-Sukhnah, which is still under terrorist control.

After driving terrorists out of the area, the army is using sophisticated de-mining and bomb disposal equipment to defuse the traps laid by terrorists and make the place safe again.

A large section of the gas production infrastructure has been destroyed and repair teams are carrying out urgent repairs so it can restart supplies to a local power plant and boost the Syrian economy.

Having taken back control of al Heil, the Syrian army is preparing to liberate the nearby town of As Sukhnah. That settlement lies on the road to Deir ez-Zor, a government-held city which has been besieged by Daesh terrorists for three years.

© AFP 2021 / GEORGE OURFALIAN
The End is Near: Syrian Army Intensifies Its Grip of Steel on Daesh
On Monday, Chief of the Main Operational Directorate of the Russian General Staff Col. Gen. Sergei Rudskoy confirmed that Syrian governmental forces are successfully advancing against the Daesh terror group in the direction of As Sukhnah.

"Currently, the offensive in the direction of As Sukhnah, a key settlement en route to Deir ez-Zor, is successfully developing," Rudskoy said.

Rudskoy explained that the Syrian governmental forces had undertaken an offensive in the northwestern, eastern and southeastern directions from Palmyra. Terrorists were expelled from the strategically important settlement of Arak, Rudskoy noted.

What Could Eventually Allow Russia Forcing US Out of Syria