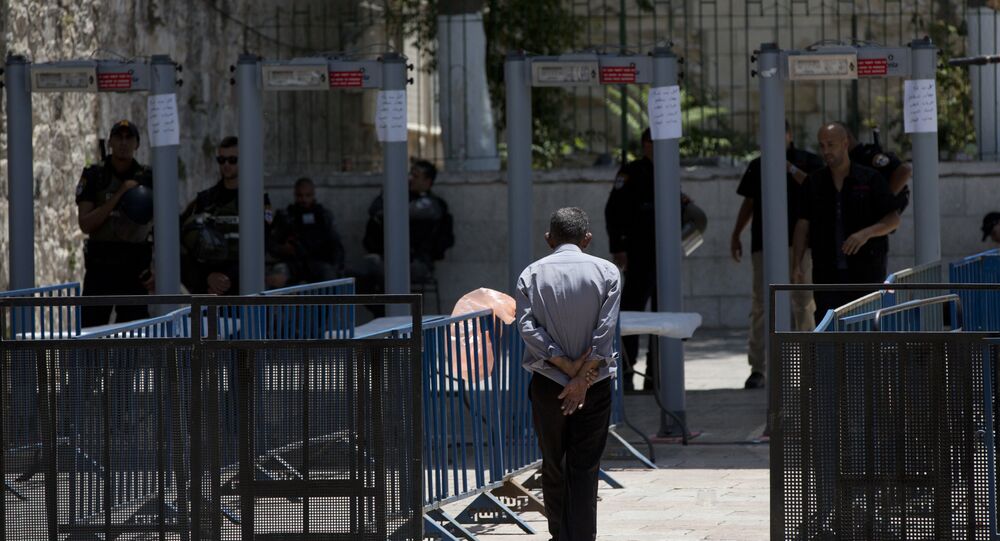 Palestinian leaders refused to accept the new security measures installed by Israel at the Temple Mount, and blamed Netanyahu’s government for the ongoing escalation of violence in Jerusalem.

© REUTERS / Eliana Aponte/File Photo
‘Campaign for Jerusalem Has Begun’: Fatah Vows to Win Control of Al-Aqsa Mosque
Following a deadly shooting at the Old City of Jerusalem the Israeli authorities moved to install metal detectors at the entrances to the sacred Temple Mount compound. This move however resulted in a series of rapidly escalating confrontations between Israeli security forces and Palestinians who were outraged by this development.

Wasel Abu Usef, a member of the Palestine Liberation Organization executive committee, told Sputnik that during a meeting on July 21 the Palestinian leadership discussed "potential measures aimed at opposing Israeli aggression against the Palestinian people."

He explained that the Palestinian leaders decided to sever all relations with Israeli authorities, and that all Palestinian forces expressed solidarity in their refusal to accept "the metal detectors that the occupiers want to install at the entrance to Al-Aqsa Mosque."

"I believe that the occupation government will continue its attempts to install metal detectors. This is how they attempt to seize control of Al-Aqsa Mosque and we cannot allow it," Usef said.

He added that all necessary steps, including the involvement of the UN Security Council, need to be taken to prevent further escalation of the conflict and to stop it from deteriorating into a full-blown religious war.

Also, the politician said that the government of Benjamin Netanyahu is directly responsible for this crisis.