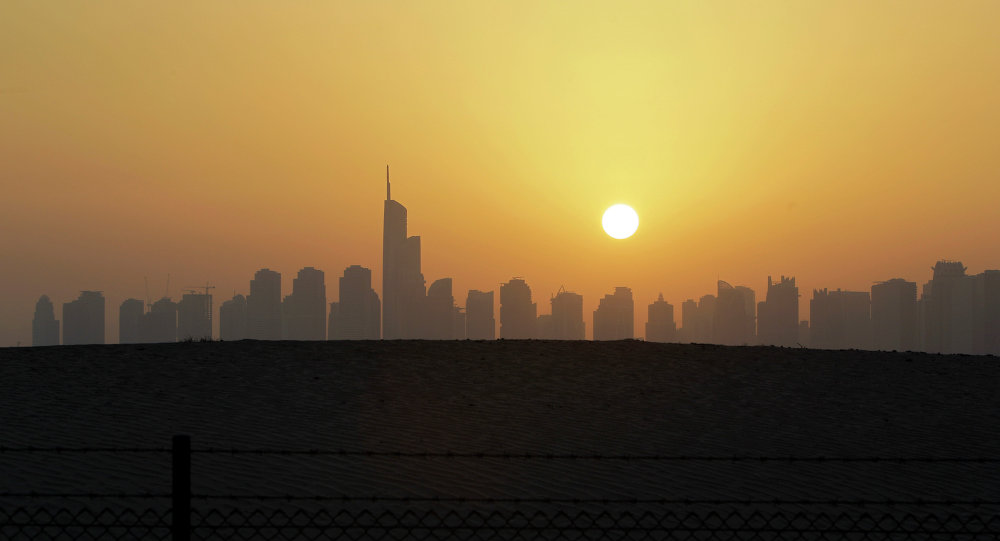 United Arab Emirates a New Target or a New US Client for Future Arms Sales?

On July 16, The Washington Post published a leak from US intelligence officials that it was the United Arab Emirates who "orchestrated the hacking of Qatari websites," which sparked the regional crisis. Turkish journalist Mehmet Ali Guller commented on the revelation, debating if the UAE is a new target or a new client of the US.

"The United Arab Emirates orchestrated the hacking of Qatari government news and social media sites in order to post incendiary false quotes attributed to Qatar’s emir, Sheikh Tamim Bin Hamad al-Thani, in late May that sparked the ongoing upheaval between Qatar and its neighbors," The Washington Post wrote, citing US intelligence officials.

© Sputnik / Vitaliy Belousov
What Benefits Qatari Isolation Might Bring to Russia
"Officials became aware last week that newly analyzed information gathered by US intelligence agencies confirmed that on May 23, senior members of the UAE government discussed the plan and its implementation. The officials said it remains unclear whether the UAE carried out the hacks itself or contracted to have them done. The false reports said that the emir, among other things, had called Iran an 'Islamic power' and praised Hamas," the newspaper said.

"The hacks and posting took place on May 24, shortly after President Trump completed a lengthy counterterrorism meeting with Persian Gulf leaders in neighboring Saudi Arabia and declared them unified," it continued.

In a statement released in Washington by its ambassador, Yousef al-Otaiba, the UAE said the Post article was “false,” the outlet said.

"The UAE had no role whatsoever in the alleged hacking described in the article,” it quoted the statement as saying.

Sputnik Turkiye discussed the issue with Turkish journalist and political observer Mehmet Ali Guller, addressing the question whether the UAE has become a new target or client of US arms sales in the region. He suggested that it is both.

The journalist recalled that right after the diplomatic row in the Persian Gulf, the US and Qatar signed a $12 billion deal on the sale of American F-15 fighters to the country, which altered the development of the crisis.

"Right after the deal, the US had changed its policy in the Persian Gulf, with Secretary of State Rex Tillerson saying that the US is making all efforts to soften the situation. Right after this, the United Kingdom had conducted joint military drills with Qatar, and France demanded the Persian monarchies to cancel the embargo laid on Qatar," he told Sputnik.

© Sputnik / David B. Gleason
Pentagon Orders 140,000 Aircraft Cargo Nets for United Arab Emirates
Now US intelligence officials, through The Washington Post, have designated the UAE as the orchestrator of the diplomatic row in the Persian Gulf, Mehmet Ali Guller said.

He further suggested that this might indicate that the UAE might become the next purchaser of US arms.

"The UAE is next in line for purchasing US weapons. This is an example of so-called Trumpism. The way the US, headed by businessman Trump, is trying to repay for their expenses in the Middle East," he said.

Mehmet Ali Guller also commented on Turkey's involvement in the crisis and on the deployment of the Turkish military in Doha, saying that Turkey has become a tool in the game which is unfolding in the region.

"The ruling circles are trying to lend legitimacy to the deployment of Turkish military in Qatar, which is not an oppressed country, searching for support and solidarity. On the contrary, it is the emirate which closely cooperates with the US, but is hostile towards our neighbor Syria," he said.

The journalist further explained that Qatar financially supports the Turkish government, for the ruling Turkish Justice and Development party to be able to stay in power as long as possible. The Turkish military has been deployed to Qatar in response to this financial aid.

© Flickr / Tom Arthur
US Approves $75Mln Weapons Sale to United Arab Emirates
Russia, he said, is quite right not to take any sides.

"Russia is an experienced country which sees a true picture and thus it has not taken sides since the beginning of the conflict. However, due to friendly and financial relations, the government of the Turkish Justice and Development party has openly demonstrated a pro-Qatari position and will now start experiencing the negative consequences of this move," Mehmet Ali Guller concluded.