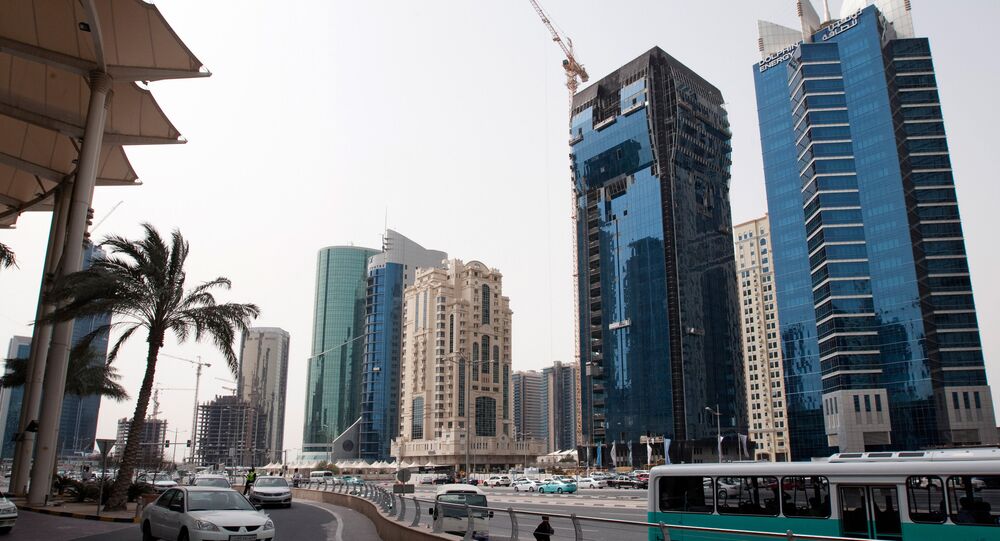 The Qatari ambassador to Russia, Fahad Mohammed Attiyah, said in an interview with Sputnik that Moscow would become one of Doha's major economic partners. The statement might be caused by the current isolation of Doha by its Arab neighbors. Russian political analysts explained what benefits the Persian diplomatic row might bring to both countries.

“We are now going to have a new economic outlook, strengthen the existing partnership that we have with Russia and with other nations, and build a more resilient economy, which partly demands more self-reliance and also partly involves further engagement and diversification from being dependent to certain countries. And Russia is definitely one of those countries that will be, I would say, one of the major partners in this future economic plan,” the ambassador said.

Political analyst Anton Mardasov, who heads the department of Middle Eastern conflicts at the Moscow-based Institute for Innovative Development, suggested that Qatar needs to demonstrate its alliance with certain countries.

"There is more politics than economy in the statement of the Qatari ambassador to Russia, as in the current situation, Qatar is in need of countries which will adhere to it, in need of political contacts, in order not to be perceived as an isolated rogue state," he told Russian's online newspaper Vzglyad.

Therefore, he explained, Doha is trying to demonstrate that its relationship with Moscow goes beyond just diplomatic contacts.

Political analyst Nadana Fridriksson shares this point of view. She contends that while being isolated by other Arab states, Qatar understands that it does not have many allies and will further continue the pleasant rhetoric towards Russia.

© AFP 2021 / Yasser Al-Zayyat
The Price of Defiance: Why US, Saudi Arabia Turning Kuwait Against Iran
"If the blockade of Qatar by the countries of the Persian Gulf continues, it will push Doha towards new allied relationships," she told the newspaper.

Meanwhile, Anton Mardasov noted that Russia and Qatar have a good potential for the development of an economic partnership, moreover that certain groundwork has already been done. The two countries have joint projects in the oil and gas sector. The expert also reminded that Doha had purchased stakes in Russia's oil giant Rosneft.

He thinks that during the isolation, the political contacts between Moscow and Doha could grow into bigger economic cooperation. However he doubted that it would lead to large-scale projects.

Nadana Fridriksson recalled that the two countries have been negotiating on investments long before the Arab blockade. Therefore she suggested that Qatari investments into the Russian economy could become a priority in the cooperation between Moscow and Doha. The gas sector could also play an important role in their cooperation.

"Russia and Qatar are competitors and rivals, but if they start cooperating, they could agree on joint exploration of the European market," she said.

However she further suggested that Iran, as a transit country, and Turkey might be of more interest to Qatar. Though if Russia and Qatar set up good relations then in future Russia might turn from Qatar's gas rival into its gas partner.

© AP Photo / Hussein Malla
Arab States Blockading Qatar Have No Joint Position - Qatari Ambassador
The economy is not the only sphere for rapprochement between Russia and Qatar. There are very strong preconditions for cooperation in politics where the two countries have pretty ambiguous relations, the analysts said.

First of all, it could be Syria, Nadana Fridriksson suggested.

"We are very interested in all the information possessed by Qatar, and first of all, regarding the financing of various groups of militants. If Doha shares this information with Russia, Moscow will get a serious advantage in Syria," she told the website.

Anton Mardasov also echoed this point of view. He said that Qatar, in turn, is interested in Russia's initiative to set up and maintain de-escalation zones in Syria. If Moscow is aiming to find a political compromise and a dialogue between the Syrian government and the opposition, it could be a good ground for cooperation with Qatar.

Besides, Doha might play a vital role in setting up contacts between the intelligence services, for example while liberating residents all over the world, the way it is being done by the US, the political analyst said.

© REUTERS / Naseem Zeitoon/File Photo
Bahraini Envoy to Russia Denies Reports of Reduced List of Demands to Qatar
The Libyan crisis might also become a ground for cooperation, Mardasov said. Russia has good contacts with Khalifa Haftar, the head of the Libyan National Army and insists on a compromise between him and Fayez al-Sarraj, the chairman of the Presidential Council of Libya and prime minister of the Government of National Accord of Libya.

Moscow may use Doha in strengthening its contacts with Fayez al-Sarraj, the political analyst said. In any case, cooperation with Qatar could only strengthen Russia's positions in the Middle East, he concluded.