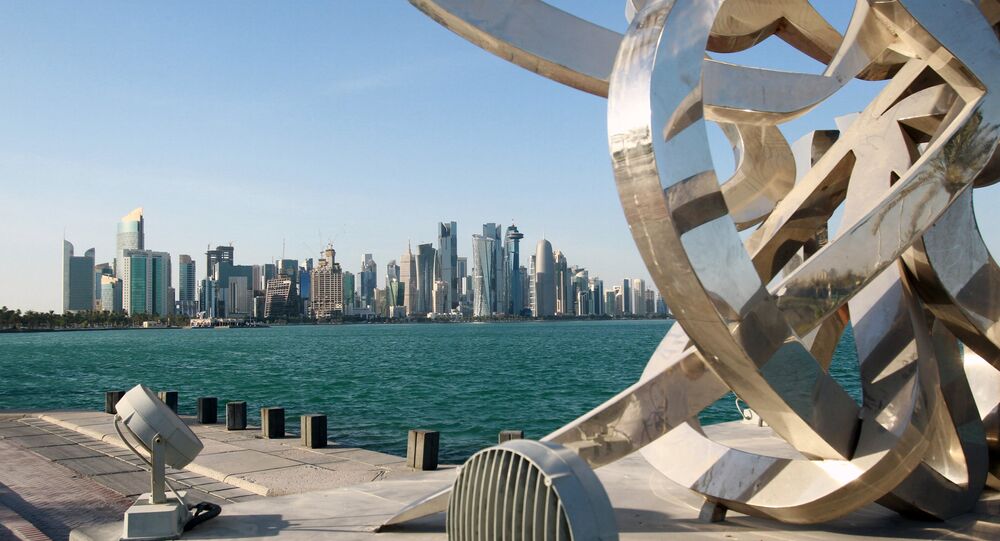 Qatari Ambassador to Russia Fahad Mohammed Attiyah said in an interview with Sputnik that Moscow will become one of Doha's major economic partners.

© REUTERS / Omar Sanadiki
'Spillover Effects': Qatar Says Gulf Diplomatic Crisis Won't Impact Syrian Peace Process
“We are now going to have a new economic outlook, strengthen the existing partnership that we have with Russia and with other nations, and build a more resilient economy, which partly demands more self-reliance and also partly involves further engagement and diversification from being dependent to certain countries. And Russia is definitely one of those countries that will be, I would say, one of the major partners in this future economic plan,” the ambassador said.

In June, Saudi Arabia, the United Arab Emirates, Bahrain and Egypt cut off diplomatic relations with Qatar over allegedly supporting terrorism and interfering in domestic affairs of the countries. Kuwait acts as the mediator in the crisis.

'Black PR': Reports of 'Iranian Base in Qatar' Aimed at Fueling Conflict