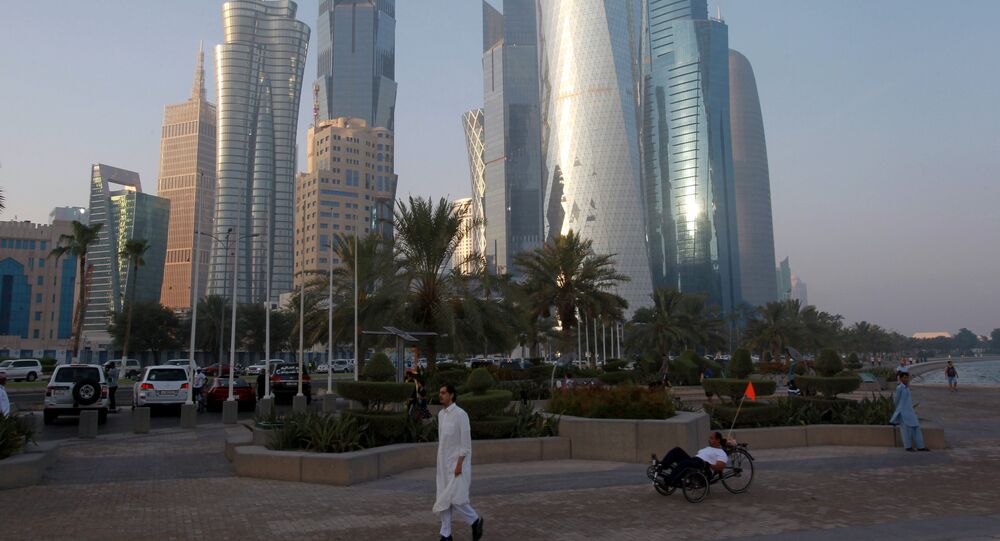 The Qatari ambassador to Russia said on Sunday in an interview with Sputnik that US intelligence data show that the Middle East country's news agency had been hacked.

© REUTERS / Yasin Bulbul/Presidential Palace
Peacemaker? Erdogan Set to Discuss Gulf Row During Upcoming International Tour
MOSCOW (Sputnik) — Doha’s investigation, as well as US intelligence data, confirmed that the country’s news agency had been hacked, which was an act of aggression from a foreign country, Qatari Ambassador to Russia Fahad Mohammed Attiyah told Sputnik.

"Now people know what really motivated this, they understand that what happened to Qatar on 24 of May was an unlawful aggression by another nation by hacking into our news agency. The reports from US intelligence came out to confirm that, so as our investigation," the ambassador said.

The diplomatic row between Qatar and other Arab states started as the Qatar News Agency on May 24 posted a speech attributed to Qatar’s Emir Sheikh Tamim bin Hamad Al Thani, in which he supported building relations with Iran. The Qatari Foreign Ministry said that the agency's site was hacked and the speech was published by hackers that had nothing to do with the Qatari leader.

Gulf Countries Cut List of Demands for Qatar by Half, Revoke Deadlines