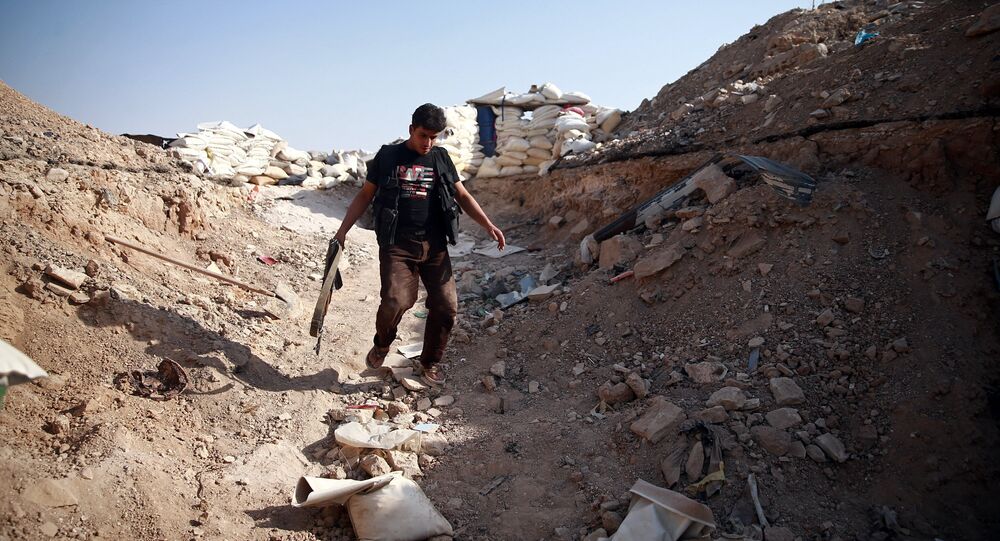 Al-Rahman Legion (Faylaq Al-Rahman) armed opposition group in Syria's Eastern Ghouta did not sign the new de-escalation agreement, according to a source.

Earlier on Saturday, the Russian Defense Ministry announced that the agreements on the order of functioning of the Eastern Ghouta de-escalation zone in Syria had been signed following the talks in Cairo between representatives of the ministry and the Syrian opposition, mediated by the Egyptian side.

© AP Photo / Fabrice Coffrini/Pool
Syria's Jaysh al-Islam Leader Confirms Agreement on De-Escalation in Eastern Ghouta
The documents, according to the ministry, define the borders of the de-escalation zone, the deployment sites and powers of the de-escalation control forces, as well as the routes for delivering humanitarian aid and clear passage to the population.

The first humanitarian convoy in the de-escalation zone and evacuation of the wounded are planned in the coming days. The announcement comes as a development of the Astana agreements on de-escalation in Syria.