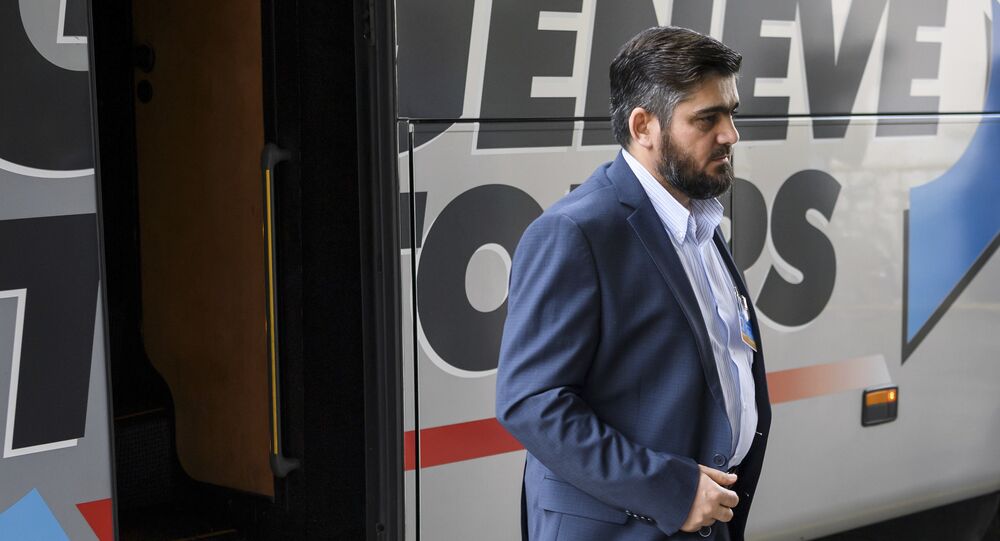 Mohammed Alloush, political leader of Syrian armed opposition group Jaysh al-Islam stated that the agreement on de-escalation zone in Eastern Ghouta on the outskirts of Syria's capital of Damascus was reached and now it came into force.

"It is true, the agreement was reached and now it came into force," Alloush said.

© AP Photo / Massoud Hossaini
MSF to Resume Medical Support to Syria’s East Ghouta
Alloush added that he expected the delivery of humanitarian aid to Ghouta under the agreement, and noted that the zone included the Jobar district.

"There will be forces of delimitation between us and the regime in the zone, and it is considered part of the political settlement or preparation for it," the Jaysh al-Islam leader added, calling the agreement "the best for the Syrian situation."

Alloush noted that the statement on the delimitation forces would appear soon.