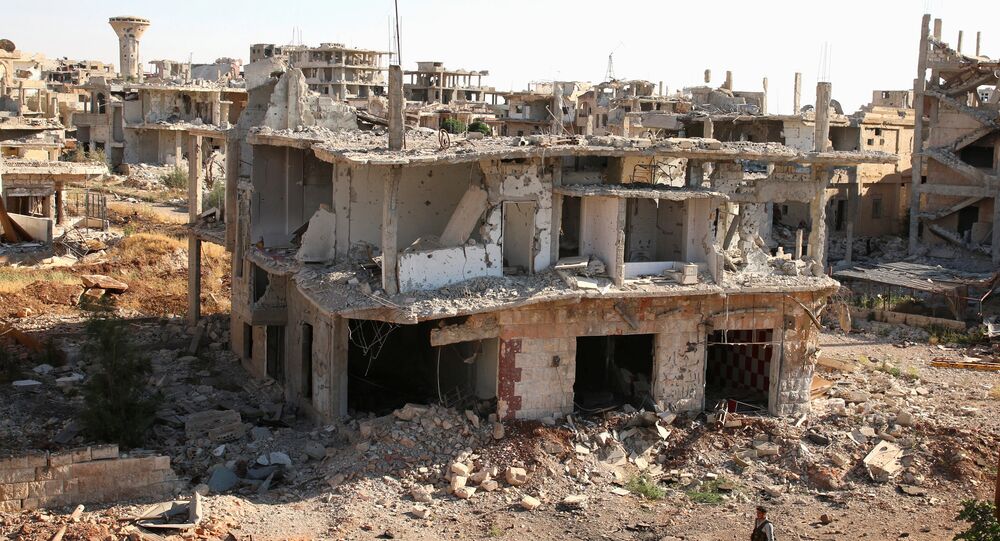 Russian Foreign Minister Sergei Lavrov hopes that the creation of the de-escalation zones in Syria would promote the counterterror fight in the region.

© REUTERS / Rodi Said
Is There Risk of All-Out Confrontation in Syria After Daesh Defeat in Raqqa?
MOSCOW (Sputnik) – Russian Foreign Minister Sergei Lavrov expressed hope that the creation of the de-escalation zones in Syria would promote the establishment of an effective fight against the Nusra Front terrorist group (banned in Russia).

"We hope very much that these de-escalation areas agreement would resolve the problem, which killed the deal between us and [US] President [Barack] Obama, mainly, the problem of Jabhat al-Nusra [Nusra Front] and all its incarnations," Lavrov said.

The Russian minister said that the Moscow-Washington deal on coordination of efforts to counter terrorism was derailed due to lack of Washington’s desire to fight Nusra Front.

Russia considers the terrorist threat in Syria as the main impediment to the reconciliation. According to Lavrov, Russia is trying to be " flexible" in its relations with its partners.

"And through our dealings with Iran and Turkey, by the way, we, and through our dealings with Germany and the United States and with the armed opposition, we try to achieve this goal by having the cessation of hostilities between the government and those who fight it on the part of the patriotic opposition, so that all forces can be released free to fight terrorism … Of course, they have been consulted with the Syrian government. And the Syrian government does not mind us to move in the direction [in which] we are moving in the context of the overall understanding, that number one priority is to fight Daesh," Lavrov said.

© REUTERS / Rodi Said
Syrian Army Retakes Fifteen Oil Wells From Daesh Militants in Raqqa Province
During Astana international meeting on Syria in early May, three ceasefire guarantor states — Russia, Turkey and Iran — finalized and signed a memorandum on establishment of four safe zones in Syria. The four zones span the northwestern Idlib province and parts of the neighboring Latakia, Hama and Aleppo, the north of the central Homs province, Eastern Ghouta near Damascus, as well as southern Daraa and Quneitra regions. The memorandum came into force on May 6.

At the latest international meeting on Astana, which took place earlier in the week, three ceasefire guarantor states with help of Jordan and the United states as observers, tried to coordinate a whole range of specifics of the establishment of four de-escalation zones in Syria. They could not agree on all the details and sign a package of documents, but committed to continue work at the expert level.