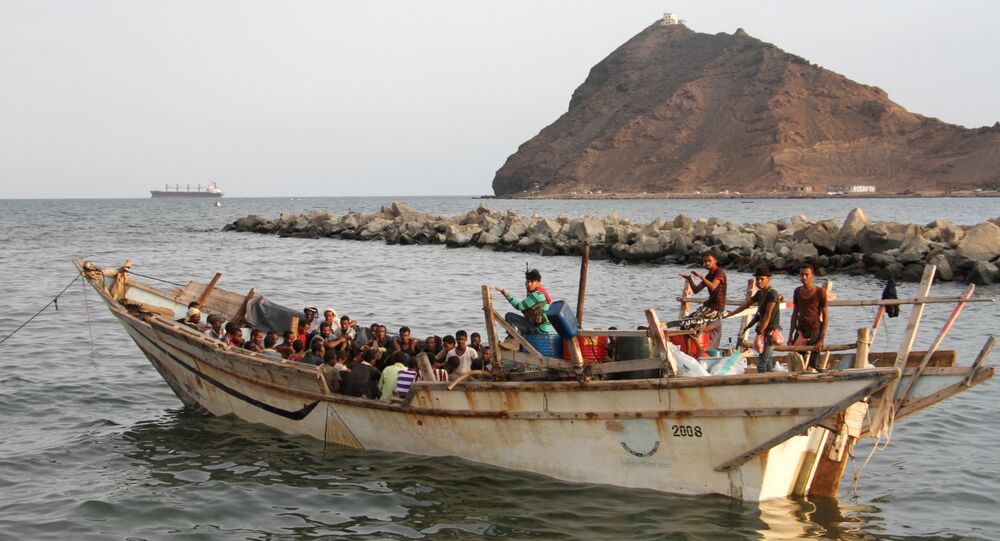 Over 300 Somalis Return Home After Boat Crash in Yemen

The past four days have seen 316 Somali nationals return to their home country from Yemen after a five-month effort by the International Organization for Migration (IOM) to evacuate them following boat crash just a few kilometers out of Yemen's port, the IOM said in a statement on Wednesday.

MOSCOW (Sputnik) — In February, a smugglers' boat carrying over 150 Somali migrants hoping to reach Europe sank a few kilometers out from Yemen's Al Hudaydah port. The accident resulted in 40 people being killed and 13 others being injured. Over the last five months, IOM have helped to ensure that those affected received necessary medical care, food and clothing, while waiting for their journey back to Somali, according to the press release.

"After nearly a five-month ordeal, 316 Somali migrants have reached Somalia, transported by IOM, the UN Migration Agency, overland through Yemen and across the Arabian Sea," the press release read.

© REUTERS / Abduljabbar Zeyad
‘Out of Control’: Cholera Infects More Than 300,000 in Yemen, Claims 1,700 Lives
The evacuation of migrants from Yemen to Somalia is being carried out within the framework of a $10 million dollar project funded by Saudi Arabia through the King Salman Center for Humanitarian Aid and Relief, the press release noted.

The organization has assisted a total of 1,306 Somalis since November 2016.

Somalia has been experiencing violence since the eruption of a civil war between the clan-based armed factions in the country in the early 1990s. Al-Shabaab terror group, allied to al-Qaeda (outlawed in Russia), has been staging numerous attacks in the country in an attempt to establish strict Sharia law.