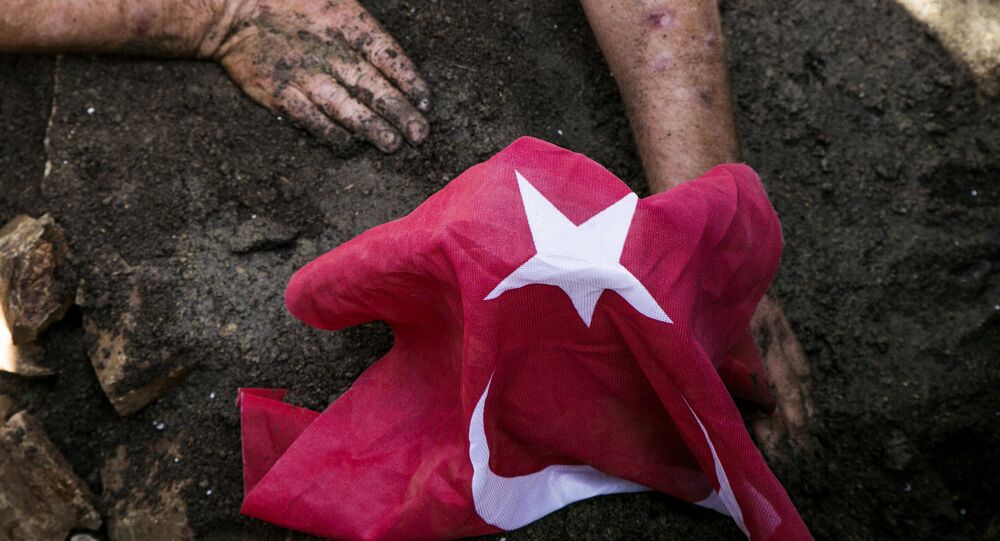 A Turkish court ordered to jail six human rights activists, who are suspects of preparation of last year's coup, the watchdog said in a press release Tuesday.

The document added that the court ordered to free four other detained activists on bail, including the members of Women's Coalition, Rights Initiative, Equal Rights Watch Association Citizens Assembly.

"Amnesty International Turkey’s Director, Idil Eser, who was among those remanded in custody, was detained alongside nine others on 5 July whilst attending a routine workshop. Four of them have now been released on bail but are still facing investigation. All 10 are suspected, without grounds, of ‘committing crime in the name of terrorist organization without being a member,'" the statement explained, adding that the six activists would join Amnesty Turkey’s board chairman Taner Kilic in jail.

The organizations called the court’s decision to jail the human rights activists "a crushing blow for rights in Turkey."

The Turkish authorities have been detaining thousands of journalists, diplomats, judges, members of the military and human rights activists after the failed coup attempt of July 15, 2016 over their alleged support for the Gulen Movement, commonly referred in Turkey as the Fethullah Gulen Terrorist Organization (FETO). Ankara considers the Islamic preacher Fethullah Gulen and FETO to be behind the coup attempt while Gulen, living in exile in the United States, denies the allegations.

US Reaffirms Support for Turkish Democracy One Year After Failed Coup