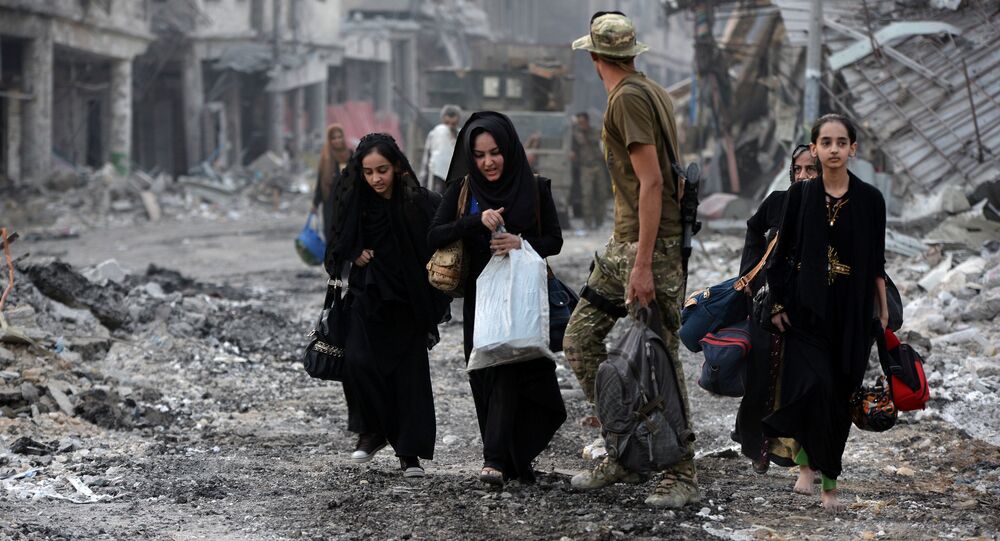 The International Organization for Migration (IOM) registered additional 380,000 persons that were displaced from west Mosul, IOM said in a press release on Friday, as the battle for the Iraqi city finished earlier in the week.

The findings are based on a Round 74 report by IOM Iraq DTM, which was updated on June 30, according to the press release.

The report registered a total of 3,351,132 individuals, or 558,522 families, displaced since January 2014 and dispersed across 104 districts of Iraq, the press release noted.

The Iraqi operation to recapture Mosul, the key stronghold of Daesh terrorist group, banned in Russia and many other countries, began on October 2016. Mosul's eastern part was liberated by Iraqi and US-led coalition forces in late January. A month later, the Iraqi forces began the operation aimed at liberating western Mosul from Daesh.

On Monday, Iraq's Prime Minister Haider Abadi declared the liberation of Mosul, which had been held by IS terrorists for three years.