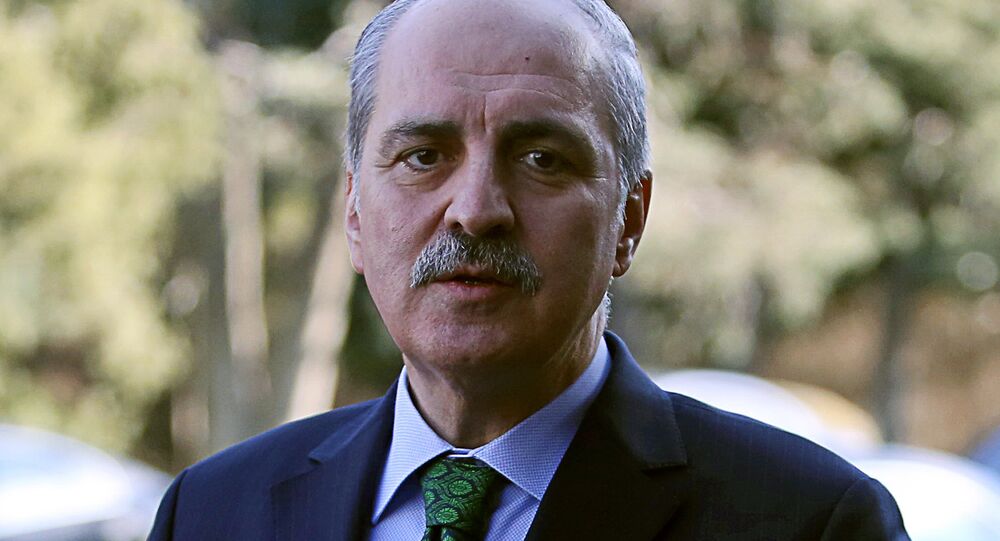 The US authorities should track Fethullah Gulen, an Islamic preacher living in the United States and accused by Ankara of masterminding the July 2016 coup attempt, while considering his extradition, Turkey's Deputy Prime Minister Numan Kurtulmus said Friday.

© REUTERS / Charles Mostoller
Turkish Prime Minister's Chief Adviser Detained Over Suspected Links to Gulen
MOSCOW (Sputnik) — "We know [the extradition] is a judicial process, so as this judicial process continues this person should at least be observed very closely in his mansion where he lives," Kurtulmus told the reporters at the press conference dedicated to the anniversary of coup attempt.

The deputy prime minister stressed that Turkey had already sent all the evidences confirming that Gulen had been the organizer of failed coup attempt and wanted his immediate extradition.

"We always told our American colleagues and friends in all our conversations with them that due to our friendship with the US, the US should extradite this leader", Kurtulmus added.

A coup attempt, which mainly involved members of the army, took place across the country on July 15, 2016. Most of the struggle happened in the capital Ankara and in Istanbul. More than 240 Turkish citizens were killed and over 2,000 wounded during the unsuccessful military takeover.

The Turkish government has accused Fethullah Gulen, an Islamic preacher living in the United States, of involvement in the coup and demanded his extradition to Turkey. More than 50,000 people were arrested and 100,000 dismissed or suspended from their jobs within the post-coup crackdown inside Turkey.