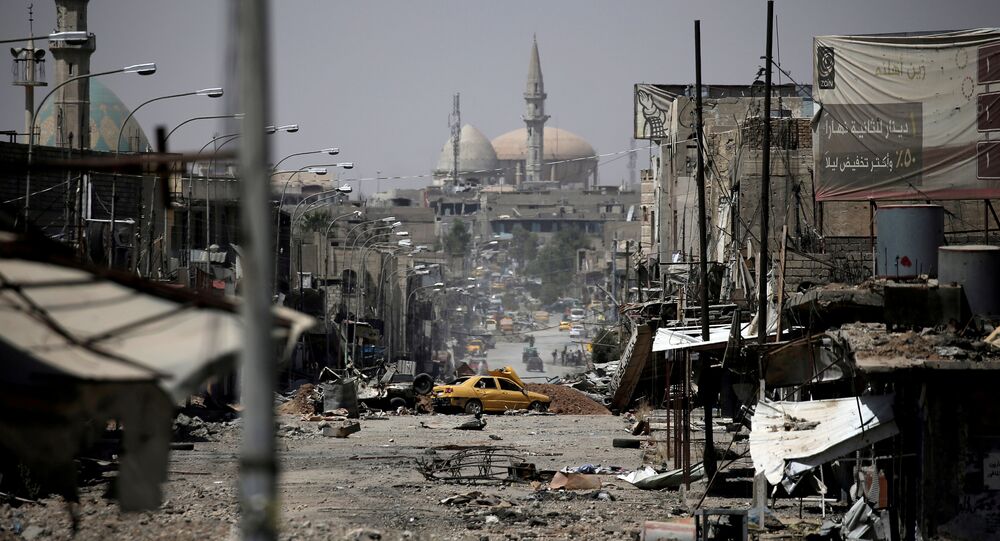 Ongoing fighting with Daesh militants prompted the Iraqi military to restrict journalists' access to western Mosul due to safety concerns.

© REUTERS / Stringer
Liberation of Mosul From Daesh to Facilitate Takeover of Syria's Raqqa - Iraqi Ambassador
MOSUL (Sputnik) — The western part of the Iraqi city of Mosul is closed for the media as of Friday due to the ongoing fighting with Daesh (ISIL/ISIS) militants, a representative of the Iraqi army told Sputnik.

"This decision was made on Friday morning, it provides for the closure of all the bridges connecting both parts of Mosul for journalists and civilians," the representative said.

He explained that the decision was motivated by the concern for the lives of journalists.

"Operations to liberate the western part of Mosul continue, hence we have blocked access for journalists because of fear for their lives," the Iraqi army representative said, adding that the military was engaged in demining of roads and buildings while clashes with the IS continued in the Old City of Mosul.

According to the military, this ban will probably last for several days.

Three Years Without Education in Iraq's Mosul Under Daesh Rule